Xiaomi is hosting events in Milan, Madrid and Paris simultaneously to launch the Mi 9T and the Mi 9T Pro globally. 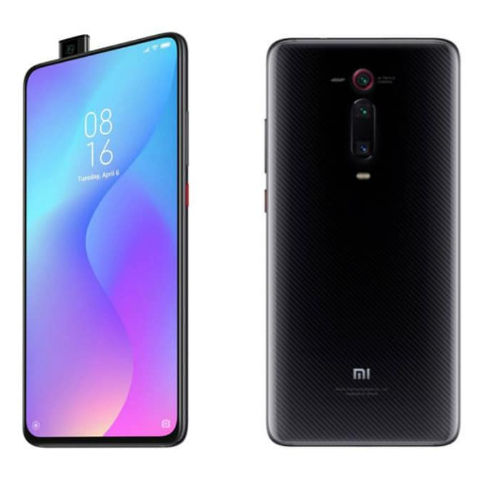 The Xiaomi Mi 9T series is set to launch globally today. Many believe this is a rebranded version of the Redmi K20 series that the company had launched in China. Xiaomi is hosting events in Milan, Madrid and Paris simultaneously to launch the Mi 9T and the Mi 9T Pro globally. The Xiaomi global account has been teasing the phones heavily and the teasers confirm the Mi 9T smartphones will come an in-display fingerprint sensor, NFC support, pop-up selfie camera and 3.5mm headphone jack.

The Mi 9T Pro was also seen to be on sale in the Philippines ahead of its launch, while the Mi 9T was seen on sale in Bulgaria. Both these listings revealed the specs and the features of the phones and they are almost identical to the Redmi K20 and the K20 Pro.

Xiaomi has also confirmed the Mi 9T phones will have a 48MP camera on the back, a Snapdragon processor and 4,000mAh battery.

The Xiaomi Mi 9T Pro is the global take on the company’s budget flagship, the Redmi K20 Pro. According to a recent listing in the Netherlands, the Mi 9T Pro is powered by the Snapdragon 855 SoC and is coupled with 6GB of RAM. However, another Geekbench listing revealed there’s also an 8GB version of the same. There’s a 6.39-inch Full HD+ AMOLED display while the phone runs on Android 9 Pie-based MIUI10.

On the back, the Mi 9T Pro comes with a triple-camera setup which includes a 48MP camera with f/1.8 aperture. On the front is another 20MP camera for selfies, provided this is indeed the rebranded Redmi K20 Pro. The phone also comes with an in-display fingerprint sensor and includes a 3.5mm headphone jack and USB-C port. The 4,000mAh battery in the phone supports Quick Charge 4.0.

As for the Mi 9T, the phone is said to be a rebranding of the Redmi K20. The recent sale listing in Bulgaria also suggests the same. The Mi 9T runs on the Snapdragon 730 along wit 6GB RAM and 64GB onboard storage. On the back is an AI-powered triple camera setup which includes a 48MP camera with f/1.75 lens, 13MP wide-angle lens and another 8MP telephoto lens with f/2.4 aperture. On the front is a 20MP camera housed in a pop-up module.

The Mi 9T also draws power from a 4,000mAh battery that can apparently be topped up using an 18W fast charger.

As for India, Xiaomi has confirmed the Redmi K20 series will launch in India with the names unchanged. Xiaomi India head Manu Kumar Jain has announced that the Redmi K20 and the K20 Pro will come to India in mid-July.