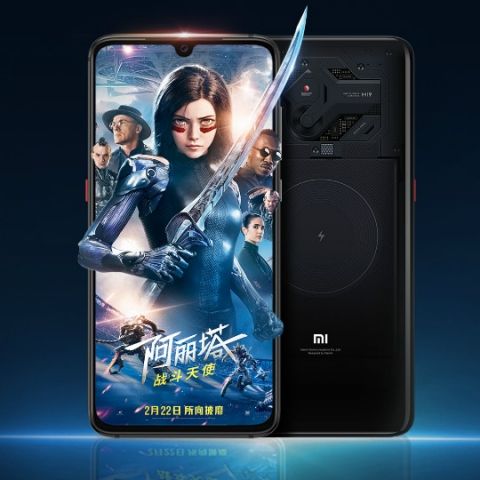 Xiaomi will launch a special edition of the Mi 9 smartphone called the Mi 9 X Alita Edition at MWC 2019. Xiaomi's launch event is slated to be held in Barcelona on February 24. The Mi X Alita is a product of a partnership between Xiaomi and the movie Alita: Battle Angel, which will release on February 22 in China. Xiaomi made the announcement on its official Twitter handle and Qualcomm also teased the same on its social media platforms. The phone was recently teased in a video which shows the device sporting a transparent back and wireless charging. A separate Mi 9 Transparent Edition was also announced by Xiaomi at its launch event today, sporting 12GB RAM and 256GB local storage. It is possible that the Mi 9 X Alita Edition could have 5G capabilities to differentiate it from the Mi 9 and the Mi 9 Transparent Edition. Xiaomi has been long rumoured to launch a 5G-ready smartphone. However, word has it that the company may unveil a 5G variant of the Mi Mix 3, since the same was recently teased by Xiaomi Founder and CEO, Lei Jun.

Apart from the possible inclusion of 5G on the Mi 9 X Alita, Xiaomi could keep the rest of the specs of the phone same as the Mi 9. You can check out specifications of the Mi 9 below.

Just like the regular Mi 9, the Mi 9 X Alita Edition will sport a 6.39-inch FHD AMOLED display with a Corning Gorilla Glass 6 protection. Provided by Samsung, the display has a 103.8 per cent NTSC super wide colour gamut and up to 600 nits brightness. Owing to a waterdrop notch and 40 percent slimmer bezels that the predecessor, the Mi 9 will have a 90.7 percent screen-to-body ratio. Xiaomi says it is using the fifth generation of optical in-display fingerprint sensor which is 25 percent faster than the previous generation.

The phone is powered by the flagship Qualcomm Snapdragon 855 processor clocked at 2.4GHz. It will offered in 12GB RAM and 256GB local storage configuration. Chances are that the Mi 9 X Alita Edition comes with 5G capabilities. The phone will ship with a 3300mah battery that supports 27W fast charging and 20W wireless flash charging. The phone has NFC, and a dedicated Google Assistant button. In the Mi 9 X Alita Edition, the company will incorporate a red-coloured button. 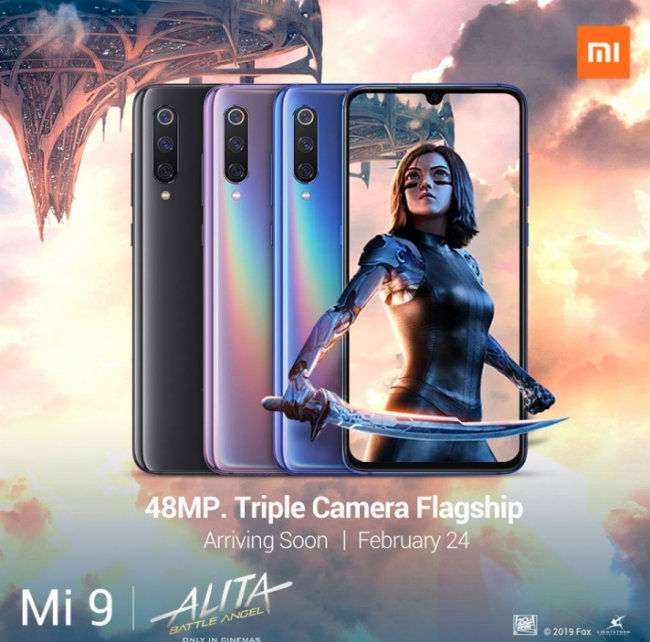 As far as the camera is concerned, the Mi 9 X Alita Edition will ship with the same triple camera configuration as the regular Mi 9. The primary camera of the setup has a 48MP Sony IMX586 sensor and it supports image binning with the 4-in-1 super pixel. It comes with f/1.75 aperture, a 6P lens and 1.6 um large pixel size. There is a 16MP ultra-wide sensor with 117-degree point of view, and a 12MP camera is for depth sensing with 2x optical zoom support. The Mi 9 supports super slow-motion video at 960 fps. On the front is a 20MP sensor.

#Mi9 X #Alita, get the power you need! @AlitaMovie.

Are you ready to battle? See you on Feb. 24th in Barcelona. #MakeItHappen pic.twitter.com/z6Cuj1vJdb