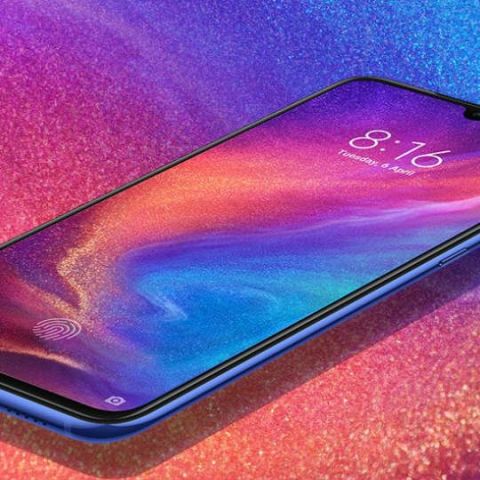 Xiaomi will launch the Mi 9 flagship on February 20 and official leaks by company's Co-founder and CEO, Lei Jun have given an idea about what the phone will offer when it actually launches in China. However, there was no information on the RAM and storage variants of the device. In the latest development, tipster Ishan Agarwal has claimed that Xiaomi Mi 9 will come in 6GB RAM and 128GB storage, and 8GB RAM and 128GB storage variants.

He also claimed that the Mi 9 with transparent back will be offered in 8GB RAM + 128GB storage and 12GB RAM + 256GB storage configurations. The 12GB variant of the Mi 9 was also confirmed by the Xiaomi CEO recently. The tipster also stated that potential buyers will have a choice between three colours: Deep Space Grey, Holographic Illusion Blue and Holographic Illusion Purple. Apart from the storage variants and colours, he also hinted that the company may launch the Mi 9 SE in the future.

Jun has been posting images of Xiaomi Mi 9 and has revealed a lot of information about the phone already. The Mi 9 will sport a waterdrop notch and offer 90.7 percent screen-to-body ratio owing to the slimmer lower bezel. It is expected to use a 6.4-inch 1080p AMOLED display provided by Samsung. According to the company, the display will feature 600 nit brightness and will be protected by Corning Gorilla Glass 6. Xiaomi Mi 9's display will also feature modes like Sunlight Mode 2.0 and Reading Mode 2.0, that are claimed to help improve screen legibility under varying lighting conditions.

Jun has already confirmed that the Mi 9 flagship will have a Qualcomm Snapdragon 855 processor under the hood. According to the company, the Mi 9 scores 387,851 on the Antutu benchmarks, which is higher than the top performing phone on Antutu’s list (Huawei Mate 20 with a score of 303,903). Xiaomi's Mi Mix 2S scored 297,077 points on AnTuTu benchmarks.

The Xiaomi Mi 9 will be the company’s first triple camera phone and the photography responsibilities will be carried out by a primary Sony IMX586 48MP sensor with 0.8 µm pixel pitch and a 1/2-inch image sensor. It supports 4-in-1 pixel binning and features 6P lens. Along with the primary lens, there is a 12MP f/2.2 telephoto sensor with 2x optical zoom, and a 16MP sensor with a 117-degree wide viewing angle. The camera setup features laser autofocus with PDAF and CDAF support and it gets sapphire glass protection. Reportedly, the main camera will be able to shoot macro, portrait, super wide-angle, and standard photos. There is also a camera on the front with a 20MP sensor housed in a notch.

The Xiaomi Mi 9 is reported to come with a fifth-generation optical in-display fingerprint scanner which is claimed to be 25 percent faster than the previous generation. Additionally, the handset will come equipped with a Game Turbo feature that will enable users to monitor CPU/GPU/FPS in real-time. Xiaomi may also launch a special fourth variant of the device called Xiaomi Mi 9: Battle Angel on February 24. The comapmny says that this special variant will ship with a 7P lens instead of a 6P lens.