Xiaomi has confirmed the launch date of the phone through a media invite. The Mi 11 Ultra recently launched in the global market. 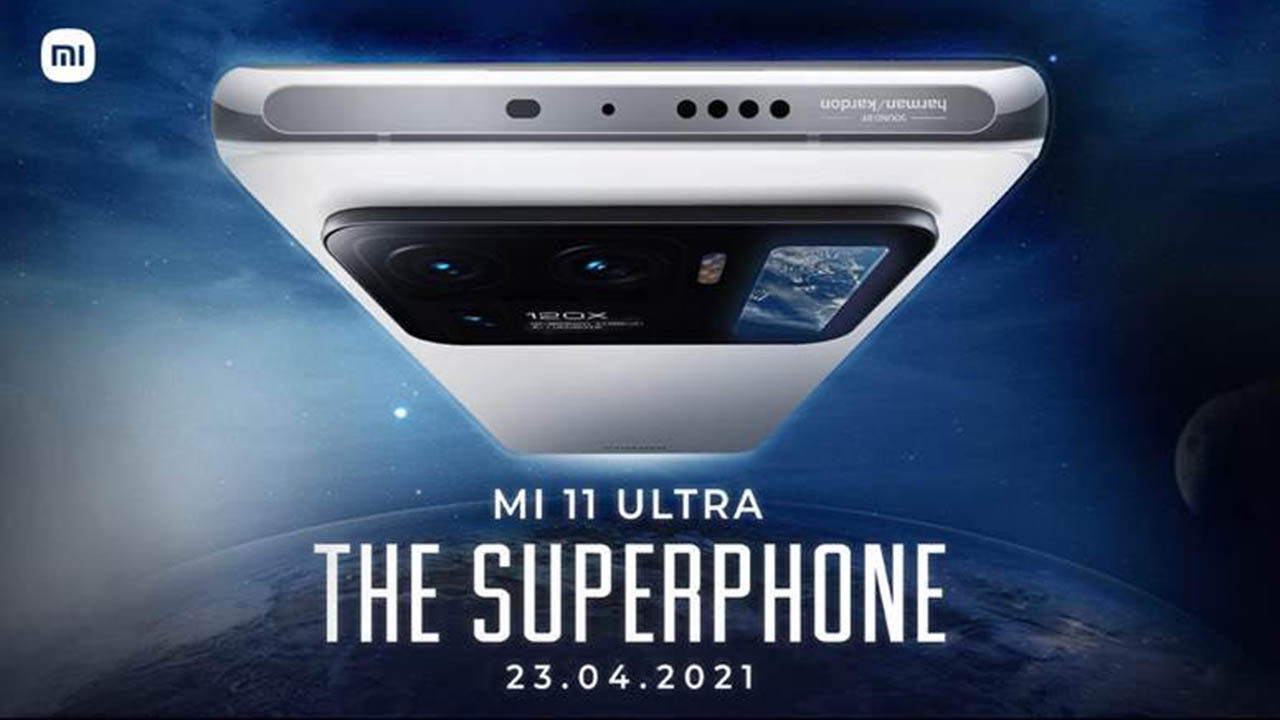 Xiaomi has announced the launch date of its upcoming flagship for India, the Mi 11 Ultra. The phone was recently launched in global markets and now the company will bring it to India on April 23.

The company has confirmed the launch date of the phone through a media invite; however, it hasn't revealed anything about the launch of the Mi 11 Lite or the Mi 11i -- two phones which also launched alongside the Mi 11 Ultra at the global event a few days ago.

On the front, the Mi 11 Ultra will likely feature a 6.81-inch AMOLED display that offers QHD+ (3200x1440 pixels) resolution and has a punch-hole notch cutout for the selfie camera. The display may support up to a 120Hz refresh rate and offer HDR10+ playback with Dolby Vision.

Under the hood, we are likely to see the same specs as on the global variant. This would include the Qualcomm Snapdragon 888 processor with an octa-core CPU and Adreno 60 GPU, paired with 12GB RAM and 256GB storage. The cameras may also be the same, with a triple camera set-up on the back headlined by a 50MP primary camera with an f/2.0 aperture and OIS support, a 48MP periscope camera offering up to 5x optical zoom and a 48MP ultra-wide-angle camera with 128-degree field-of-view.

On the front, the phone is likely to get a 20MP selfie camera housed within the notch cutout. Further, the phone is expected to get stereo speakers optimized by Harman Kardon and also be equipped with a 5,000mAh battery that supports 67W fast wired and wireless charging.