Xiaomi confirms Mi Max 2 launch in China on May 25 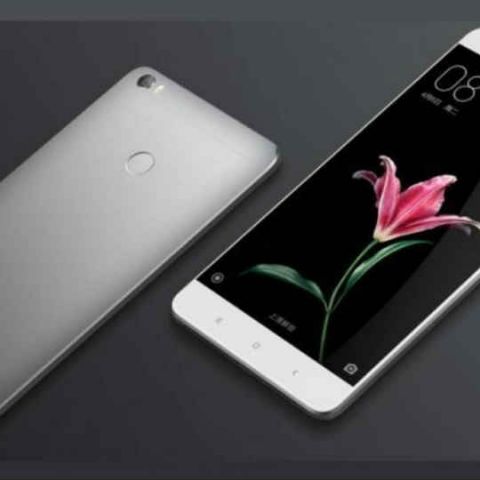 The next generation of Xiaomi's large display smartphone is expected to present two processor variants, and retain the same display size.

Xiaomi has confirmed that the Mi Max 2 will be launched on May 25. The launch will be held in China, where the company will unveil its new generation variant of the Mi Max. The unique selling point of the Mi Max is its vast display, which gives it a tablet-like form factor.

The company is teasing a number of features of the upcoming smartphone on a microsite. The Xiaomi Mi Max 2 is expected to retain the same 6.44-inch Full HD display, along with a large 5000mAh battery. Other features may cover 4GB and 6GB of RAM, correspondingly powered by Qualcomm's Snapdragon 626 and Snapdragon 660 SoCs. It is expected to house a 12-megapixel Sony IMX378 image sensor for its rear camera, and a 5-megapixel front camera. Storage variants are likely to be 64GB and 128GB, apart from which the Mi Max 2 is expected to retain a similar chassis, a rear-mounted fingerprint sensor, USB-C and 3.5mm audio jack.

Not much is known about regional launch details of the Xiaomi Mi Max 2. The smartphone will be launched in China next week, following which it is expected to be unveiled in other markets. The first generation Mi Max was unveiled in India, and took its place in what is a niche market among smartphones in the country.