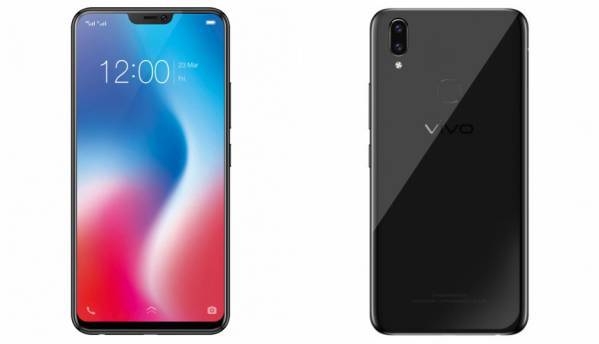 The Vivo V9 smartphone will be launched at 12 PM today and pre-orders for it will commence via Amazon at 3 PM.

Vivo is all set to launch its V9 smartphone in an event in Mumbai today. Many leaks of the device have already tipped at what specs it could come with and the same was also confirmed when it briefly made an appearance on the company’s website. The launch event will be live streamed on Vivo’s YouTube and Facebook pages. Pre-bookings for the V9 will start at 3PM via Amazon. The Vivo V9 is priced at at IDR 4,999,000 (Rs 23,700 approx) in Indonesia and as per a previous report, it might be launched at Rs 25,000 in India. If this is the case, the smartphone will go up against the likes of Moto X4, Xiaomi Mi Mix 2 and others.

Going by the company’s official website, the Vivo V9 will sport a metal unibody design with a 90 percent screen-to-body ratio and a rear placed fingerprint scanner. In terms of specifications, it could feature a 6.3-inch full HD+ IPS display with a 2280 x 1080p resolution. It will also feature an iPhone X-like notch on top and might come with a 19:9 display aspect ratio. It is speculated to be powered by the Octacore Qualcomm Snapdragon 626 with 4GB RAM and 64GB of internal storage. It will most likely be launched running on Funtouch OS 4.0 based upon Android 8.1 Oreo and could be powered by a 3260mAh battery.

In the camera department, the smartphone could be equipped with a 16MP + 5MP dual rear cameras and sport a 24MP front facing camera. The front camera will reportedly feature AI and AR-based features like AI face beauty, gender detection, and AR Stickers.