Vivo V7+ is the first smartphone from the company to sport the new FullView display with 18:9 aspect ratio. The handset is priced at Rs 21,990 and will go on sale starting September 15 from major online as well as offline retail channels. 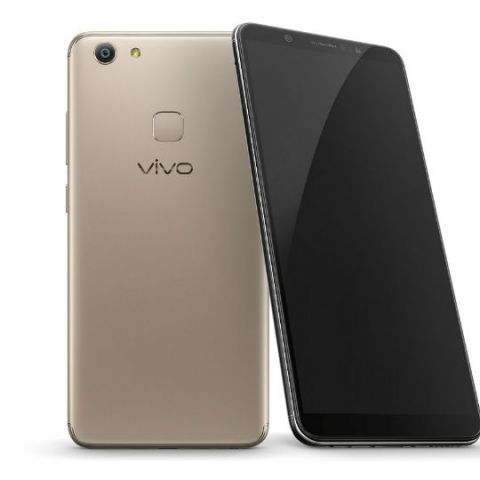 Vivo has announced the launch of the V7+, its next selfie-centric smartphone with FullView display in India. The smartphone is the company's first device to adopt the new form factor with a taller display and thinner bezels.  The Vivo V7+ features a 5.99-inch display with a resolution of 1440 x 720 pixels and taller 18:9 aspect ratio, also seen on smartphones like LG G6, LG Q6 and Micromax Canvas Infinity. The V7+ has a screen-to-body ratio of 84.4 percent and Vivo says it has trimmed the bezels on sides of the display to 2.15mm in order to offer 12 percent more screen real estate.

Another highlight here is the new 24MP selfie camera with moonlight flash and Face Beauty 7.0 feature. The selfie camera is an improvement over the 20MP front shooter found on V5 Plus and Vivo claims that this one offers better clarity than its predecessor. The smartphone also offers a 16MP rear shooter but the selfie camera is the main star here.

The Vivo V7+ is powered by Qualcomm's Snapdragon 450 chipset coupled with 4GB RAM and 64GB internal storage. Qualcomm says the Snapdragon 450 is based on 14nm FinFET architecture and offers 25 percent increase in performance. The San Diego-based chipmaker also claims that Snapdragon 450 leads to improved battery life and graphics performance. Earlier rumours suggested that Vivo will use Qualcomm's newest Snapdragon 660 mobile platform for its V7+ smartphone.

The V7+ runs Funtouch OS 3.2 based on Android 7.1.2 Nougat and is backed by a 3225mAh battery. The dual-SIM smartphone supports 4G VoLTE and includes a proprietary AK4376 chipset for Hi-Fi audio support. It also offers a rear mounted fingerprint sensor and dual U-shaped antenna lines for superior performance. Vivo V7+ is priced at Rs 21,990 and will be available starting September 15 across major online as well as offline retail channels. The pre-orders for the smartphone start today and consumers have an option for either black or gold colour variant.