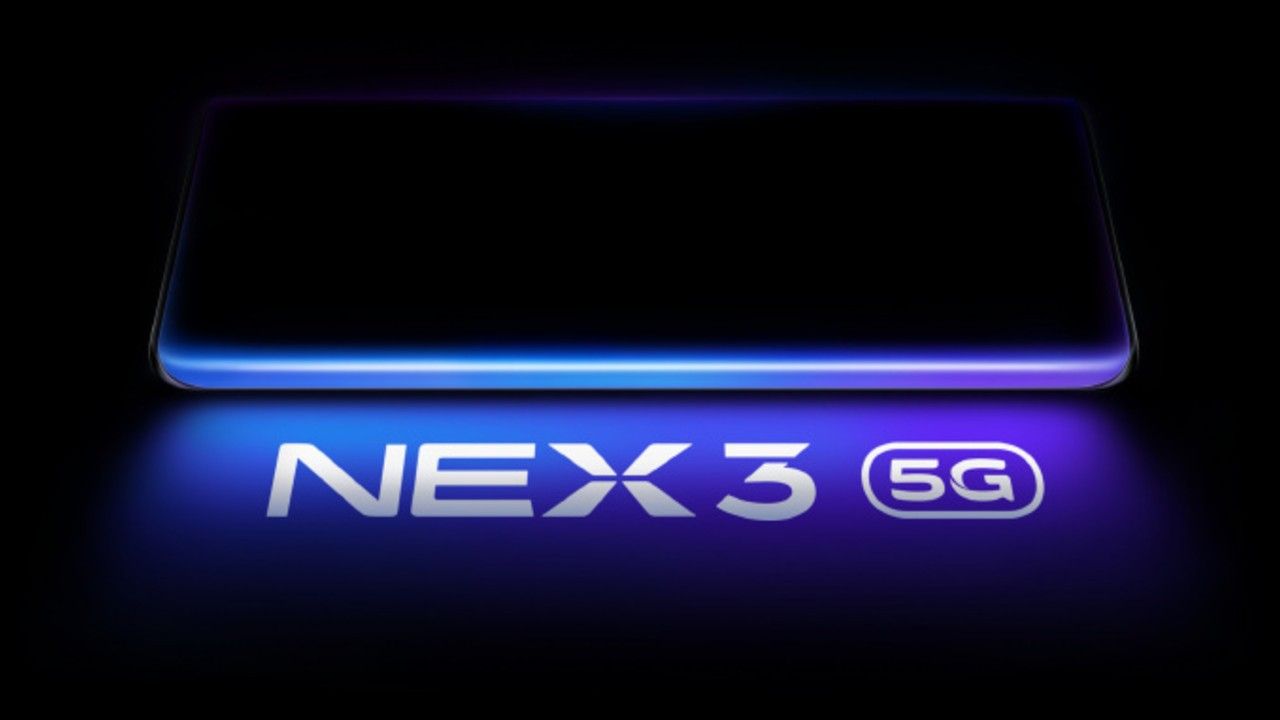 The Vivo NEX 3 is rumoured to launch on September 16 alongside its 5G variant, the Vivo NEX 3 5G, and key specifications of the smartphone have leaked ahead of the launch. The upcoming NEX smartphone could have the highest screen-to-body seen on any smartphone till date. For now, there is no confirmation as to when the smartphone would launch in India, but it is expected to launch before Diwali.

The Vivo NEX 3 is said to have a 5G variant as well. According to a Weibo post, both phones are expected to feature a 6.89-inch full-HD+ AMOLED display with 1080 x 2256 pixels  screen resolution. They are tipped to be powered by the latest Qualcomm Snapdragon 855+ chipset alongside the Adreno 640 GPU, paired with up to 12GB RAM and 512GB of internal storage. The phones are also expected to come in 128GB and 256GB storage variants.

The Vivo Nex 3 is rumoured to sport a "Waterfall screen,” which could offer a 99.6 percent screen-to-body ratio.

On the optics front, the Vivo NEX 3 could sport a triple rear camera setup: a 64MP primary camera, and two 13MP shooters, probably a telephoto and an ultra-wide angle camera. It would be Vivo’s first 64MP camera smartphone. The device is said to feature a 16MP selfie camera.

Additionally, an alleged TENAA listing of the Vivo NEX 3 5G has revealed that the smartphone will pack a 4410mAh battery. It could have support for dual-SIM, GPS, and Bluetooth. Going by the listing, the Vivo NEX 3 could measure 167.44mm x 76.14mm x 9.4mm. Further, it could weigh 218.5 grams and come in Blue, Black, and Gold colour options.

The Vivo NEX 3 is said to pack a 4500mAh battery that is tipped to support 44W fast-charging. The pricing of the device remains a mystery, but one should expect a premium price tag.