This is not a leak: OnePlus 3 is finally official 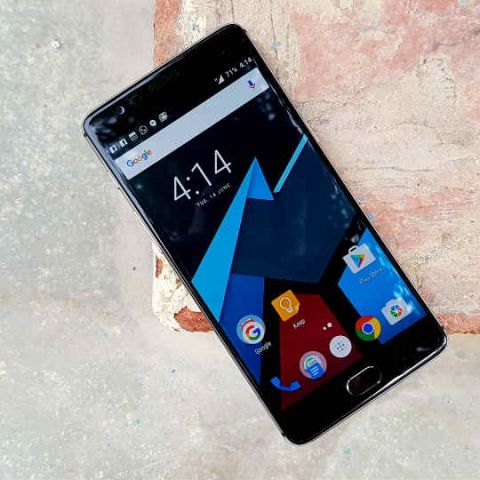 OnePlus has finally launched its new flagship device, the OnePlus 3. Unlike the OnePlus One and the OnePlus 2, the phone sports a full metal body instead of a sandstone back. The device features a 5.5-inch Full HD Optic AMOLED display and is powered by a 2.2GHz Qualcomm Snapdragon 820 SoC with 6GB LPDDR4 RAM. It also offers 64GB of storage and a 3000mAh battery. At the back of the device is a 16MP camera with Optical Image Stabilisation, phase detection autofocus, and a f/2.0 aperture lens, while at the front is an 8MP camera. The phone runs OxygenOS layered over Android Marshmallow v6.0.1. Further, the device features OnePlus’ Dash Charge technology that ensures that the phone doesn’t overheat while charging. It does this via the Dash Charge adapter. As confirmed by a leak by Hindustan Times earlier in the day, and an emailer from Amazon India, the phone will be priced at Rs. 27,999, and will be available from 12.30am on June 15.

Further, the leaks today revealed that those who purchase the device will also receive a one-year subscription to Saavn Pro, while Idea subscribers will get double data for a year. Further, buyers will also get accidental damage protection for a year via OnePlus Care and 12-months validity on ebook promotion credit with the Kindle app.

OnePlus has been drumming up hype for the OnePlus 3 for quite a while now. In preparation for the VR launch of the device, the company gave away a number of Loop VR headsets that were made in collaboration with ANT VR. Further, the company also gave the people the chance to purchase the device before its official launch via an auction. The entire proceeds from the auction were donated to a charity chosen by the OnePlus community.