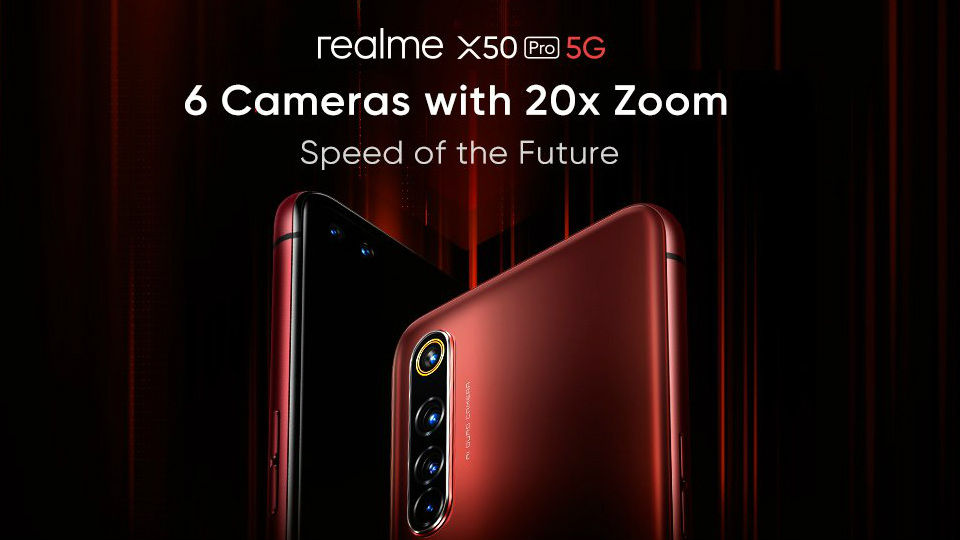 The Realme X50 Pro 5G is confirmed to launch in India on February 24. It beats the IQOO 3 as the first 5G phone to be launched in the country by just a single day. A new report suggests that the price of the Realme X50 Pro will be priced around Rs 50,000 ($696) in India. The smartphone will be launched in New Delhi and in Madrid through an online event. In the report, a Realme official was quoted saying, “Realme 5G handset will be powered with 865 Snapdragon chipset and available at around Rs. 50,000”. Even though 5G isn’t a viable option in India as yet, it isn’t stopping companies from releasing their 5G devices in India. It could just be that these companies predict that 5G will be the next big thing here.

A few weeks ago, a dedicated microsite for the device was revealed. It confirmed that the Realme X50 Pro will feature as many as six cameras, four of which are expected to sit on the rear panel, and two, on the front. The site also confirms some of the previously leaked information about the Realme X50 Pro. It will be powered by a Qualcomm Snapdragon 865 chip and feature Dual Mode 5G. It will also feature a Super AMOLED screen with a refresh rate of 90Hz and a 65W SuperDart Charge fast-charging technology, which is the highest-rated charging technology currently available in the market.

The Realme X50 Pro launch event will be telecasted over a live stream on Realme’s website here. If you’re watching it from India, you can tune in to the show on February 24 at 2:30 PM IST (10:00 AM CET). In addition, Realme is giving away prizes to those who sign up to watch the live stream. The prizes include one Realme X50 Pro handset, three Realme Buds Air, and a hundred coupons worth 10 Euros each (Rs 774 approx).