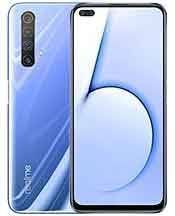 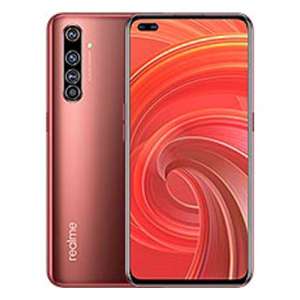 Realme has launched the Realme X50 Pro 5G smartphone in India. The company is touting the device as India's first 5G phone. The smartphone was originally scheduled to debut at MWC 2020; however, the show was cancelled due to the coronavirus outbreak. The company had shifted the launch event to India. Realme has also announced the Realme Link app at the event, which will become the control centre for all Realme

Realme has revealed that the smartphone is powered by a Snapdragon 865 5G SoC, and has dual-mode 5G support. The company claims that the X50 Pro 5G can switch between 4G and 5G networks as per network availability. It has a 90Hz super AMOLED display, quad rear cameras, and much more. The smartphone is now available in India starting at Rs 37,999.

Realme has also launched the Realme X50 smartphone earlier this year. The phone has a 6.57-inch display and an 83.9% screen-to-body ratio. The phone is powered by a Qualcomm SDM765 Snapdragon 765G (7 nm) processor and runs Android 10.

The phone features a 6.44 -inch super AMOLED display with a 90Hz refresh rate and a pill-shaped hole-punch. The latter houses two camera lenses, one of which is a 32 MP camera. The phone is available in Rust Red and Moss Green colour options. The phone has a 92 percent screen to body ratio. The display has HDR10 support as well. The phone has Corning Gorilla Glass 5 protection against scratches and bumps.

Realme X50 Pro packs a quad rear camera setup which includes a 64 MP primary camera, complete with 20x hybrid zoom support. Other rear sensors on the phone are a 12 MP telephoto lens, 8 MP ultra-wide-angle and Macro lens, and a fourth portrait lens. It has dual front selfie cameras, which includes a 32 MP front sensor and an 8 MP wide-angle selfie shooter.

Realme X50 Pro 5G smartphone is powered by the Qualcomm Snapdragon 865 5G SoC. The Snapdragon 855 processor is manufactured at TSMC in the new improved 7nm process (N7P, DUV-based) which the company claims a 7% higher performance or 10% less power consumption compared to the old N7 process. The chipset comes with Snapdragon X55 LTE which has dual-mode (NSA+SA) 5G connectivity. The phone has Adreno 650 GPU which the company says can handle most games with ease. The device runs on Android 10-based company proprietary Realme UI. The phone packs an octa-core Kryo 475 Prime, Kyro 475 Gold & Kryo 475 Silver CPU’s.

The device has UFS3.0 storage and ships with up to 12GB RAM, and up to 256GB storage. The smartphone supports 65W SuperDart fast charging technology. It has a 4200 mAh battery. The company claims that the smartphone can be charged from 0 to 100 percent in under 35 minutes.

The Qualcomm Snapdragon 865 5G Mobile Platform is a high-end smartphone and tablet SoC that Qualcomm announced in December 2019. The SoC integrates a fast ‘Prime Core’ that clocks up to 2.84 GHz and three further fast ARM Cortex-A77 performance cores, which can reach up to 2.42 GHz.

It has Adreno 650 GPU which offers 20% more performance than the Adreno 640 in the Snapdragon 855 says Qualcomm.

Connectivity options included in the smartphone are GPS, USB Type-C, Wi-Fi, 3G, and 4G (with support for Band 40 used by some LTE networks in India).  The Realme X50 Pro 5G comes with dual-SIM (GSM and GSM) that accepts Nano-SIM and Nano-SIM cards. The smartphone supports NFC connectivity for easy file sharing.

The phone is powered by a Qualcomm Snapdragon 865 Mobile Platform which was announced in December 2019. The SoC integrates a fast 'Prime Core' which clocks speeds up to 2.84 GHz and three further fast ARM Cortex-A77 performance cores which can reach up to 2.42 GHz speeds. It runs on the Android 10 based company’s proprietary OS.