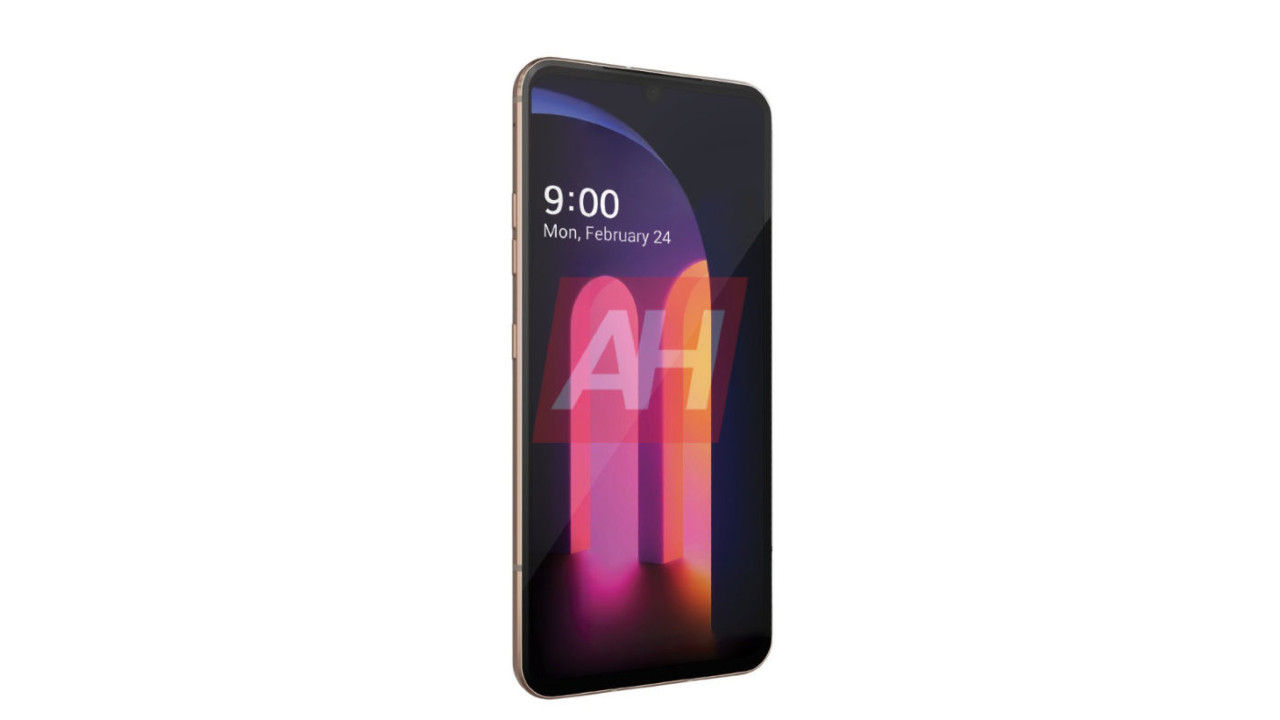 A rendered image of the LG V60 ThinQ has reportedly made its way online and seems to be a press render. Now that MWC has been scrapped due to concerns over coronavirus threats, leaked material that was meant for the show is slowly making the rounds on the internet. The latest image comes from the team over at Android Headlines who report that this is the final render of the LG V60 ThinQ. Since the phone was supposed to be released on the 24th at MWC, it remains to be seen when LG launches the phone. As of now, there are no reports on when the launch date actually is.

From what we can see, there isn’t much that’s been changed from the initial render as the phone still looks like it comes with a water-drop notch and a dedicated google Assistant button. From previous renders, we also know that the back panel comes with a quad rear camera setup and appears to support optical image stabilisation.

We don’t have much more information to go by, as of now, but we are expecting the phone to come with a highly-rated SoC as well as a decent camera. With no release date on the horizon, it is not clear when the LG V60 Thinq will make its way to Indian shores.