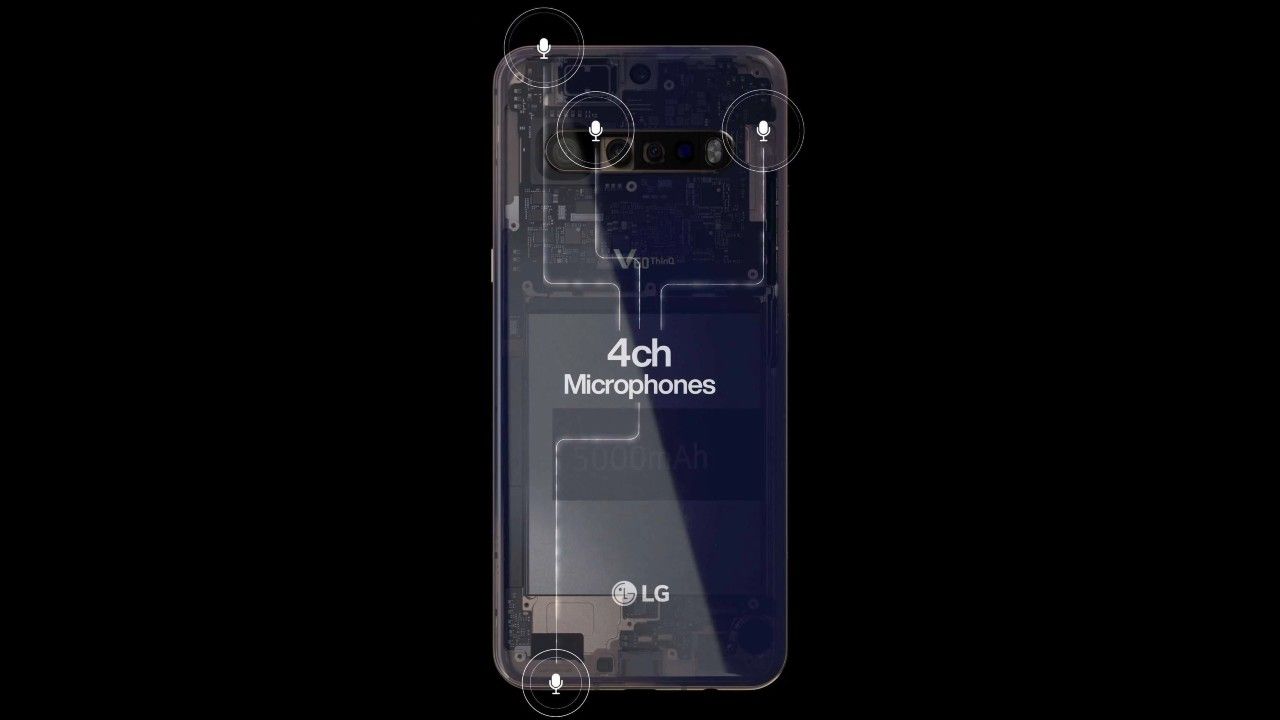 It is expected to be powered by the Qualcomm Snapdragon 865 chipset.

The LG V60 ThinQ may sport an in-display fingerprint sensor.

LG has pulled out of MWC 2020 but details about its next flagship smartphone have leaked online. An image of the alleged LG V60 ThinQ gives us our first look at the device’s rear panel. LG always marketed its V-series as phones that are capable of shooting cinematic videos and the upcoming phone is expected to be no different. As per the image, it might sport a four-channel microphone system to capture audio better.

Evan Blass shared an image grab from a leaked video that could be LG’s promotional material for MWC 2020. The back panel showcases a quad rear camera setup and one of them appears to support optical image stabilisation. The handset may come equipped with dual-LED flash as well. The image also shows a single selfie shooter positioned in the middle. It could be housed in a notch.

As for the display, the device may feature a  6.7 or a 6.9-inch screen. It is expected to be powered by the Qualcomm Snapdragon 865 chipset. Additionally, the leak hints at a 5000mAh battery. For reference, the predecessor – LG V50S ThinQ – had a 4,000mAh battery. A 3.5mm audio jack is also showcased at the bottom of the device. The phone may come with bottom-firing speakers.

The LG V60 ThinQ could sport an in-display fingerprint sensor since there isn’t a rear-mounted physical fingerprint scanner. The power button sticks out of the body as well. There is no information regarding the launch date of the device. However, it was expected to be showcased at the MWC 2020.