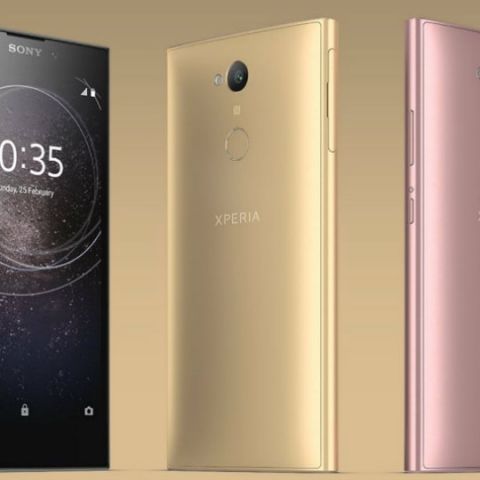 Sony might finally have found the way to make high-end phone users crave an Xperia device once again. Featuring an improved and more streamlined design, the Xperia XZ2 and the Xperia XZ2 Compact are the company’s new crop of high-end phones. Both are powered by the new Qualcomm Snapdragon 845 chipset coupled with 4GB of RAM.

The phones are a departure from Sony’s older Omnibalance design and looks a lot like HTC's phones from last year. Both feature a curved, shiny glass back, that also supports wireless charging. There’s Gorilla Glass 5 both on the front and the back, with an aluminium frame. The phones are IP68-rated waterproof, and come with a rear-mounted fingerprint sensor. Sony calls the new design ‘Ambient Flow’.

However, with the evolution in design, the 3.5mm headphone jack has been given the axe. Nevertheless, the Xperia XZ2 siblings features front-facing stereo speakers along with what Sony is calling ‘Dynamic Vibration System’ that apparently analyses audio data to turn audio signals into vibrations that aims to augment the listening experience. There’s no word on the pricing of the devices, but Sony said the devices will start shipping from next month. Hopefully, they will end up in India soon. If you’re planning to buy one of these devices when they land in the country, you should check out Cashify. Cashify offers a quick way to sell your old phone, thereby making your next big purchase easier on the wallet.

The new phones don’t have dual cameras, however Sony did tease a dual-camera phone during the event and it will apparently have the ability to shoot in ISO 51000, which has so far only been possible in cameras with inter-changeable lenses.

The Xperia XZ2 siblings come with one 19-megapixel sensor  at the back, which can now capture videos in 4K HDR. Last year’s super slo-mo videos at 960FPS are also present and this time, Sony has bumped up the resolution to 1080p. Incidentally, the newly launched Samsung Galaxy S9 can record the same super slo-mo videos at only 720p. On the front is a 5-megapixel camera, down from a 13-megapixel sensor in their predecessors. Like last year, there is also the 3D creator that allows the user to create interactive 3D selfies.