There will reportedly be a larger iPhone X ‘Plus’ model which will get triple cameras at the back, while the other iPhones are said to get standard camera setups. 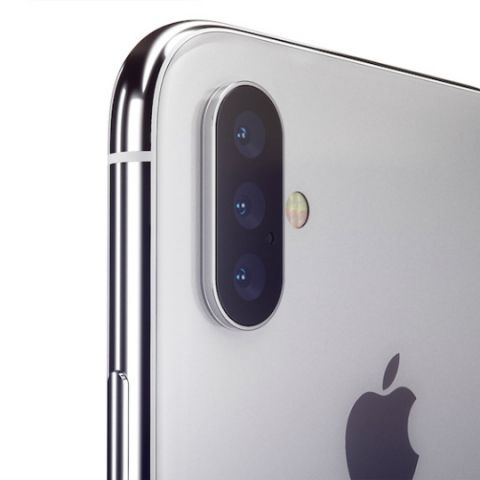 Apple is expected to soon unveil its 2018 lineup of iPhones and if rumours are to be believed, we might get to see four new iPhones this year. Ahead of the launch, Forbes claims to have obtained schematics of two of the upcoming iPhones from this year's lineup, one called the "budget iPhone X" and another one the "bigger iPhone X Plus". If the report is be believed, Apple seems to have big plans this year with a triple-camera setup on the rear of the iPhone X Plus, same as the Huawei P20 Pro.

Starting with the schematics of the iPhone X Plus, we see that the triple rear camera setup is vertically stacked, similar to the P20 Pro (review), but the sensors could be housed in the same module.  The notch is still present, so it seems like Apple is yet to find a way to go completely bezel-less. On the P20 Pro, the 8MP telephoto lens and the 40MP RGB sensor share the same housing, while the 20MP Monochrome lens is left out and looks like it’s embedded into the rear panel. Apple is speculated to take the same approach and integrate a Monochrome sensor that takes data from the other two sensors to churn out high-quality images. The iPhone can also benefit in low-light photography with the presence of an additional sensor as it has lagged behind the competition in this aspect. The successor of the iPhone X, however, is said to retain the standard dual rear cameras and the triple camera setup is expected to debut only on the top-model iPhone X Plus. The schematics reveal that Apple has managed to equip the iPhone X Plus with a 6.5-inch display with dimensions of 157.2 x 77.1 mm (6.18 x 3.03-inches). In comparison, this is even smaller than the form factor of 158.4 x 78.1 mm (6.24 x 3.07-inches) on the 5.5-inch iPhone 8 Plus. However, the use of steel crafted body means that it will probably weigh more than the 202g aluminium iPhone 8 Plus. 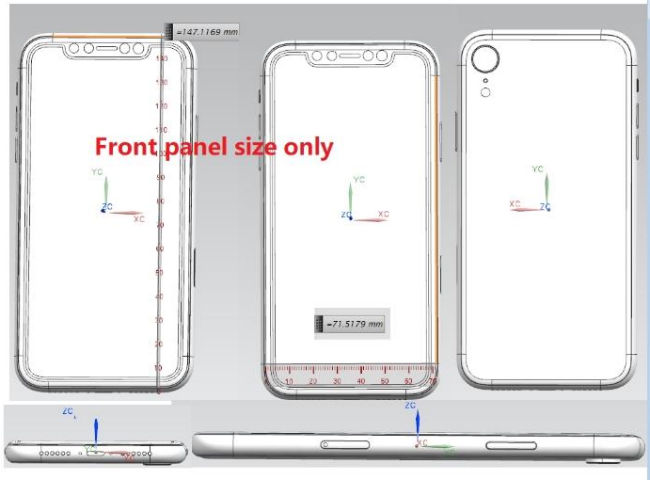 Schematics of the 'budget' iPhone with a single rear camera

The schematics do provide some insights into the upcoming iPhones, but this isn't the first time we’ve come across this information. A previous report also suggested that one of the upcoming iPhones might feature a triple-lens rear camera setup, albeit in 2019. The triple-camera setup is said to enable advanced 3D sensing capabilities using stereoscopic vision, as two sensors are said to capture images of an object from slightly different angles. Additionally, a triangulation method might be used to sense the distance between the iPhone and the object. This 3D sensing on the upcoming iPhone’s rear camera is said to be used primarily for augmented reality applications. Since both, the new and the old report tip at the same triple camera setup but differ in terms of when the devices will be released, we would suggest that you take the info with a pinch of salt and wait for some more concrete information to surface.