The Galaxy M31 could sport an L-shape quad-camera setup. 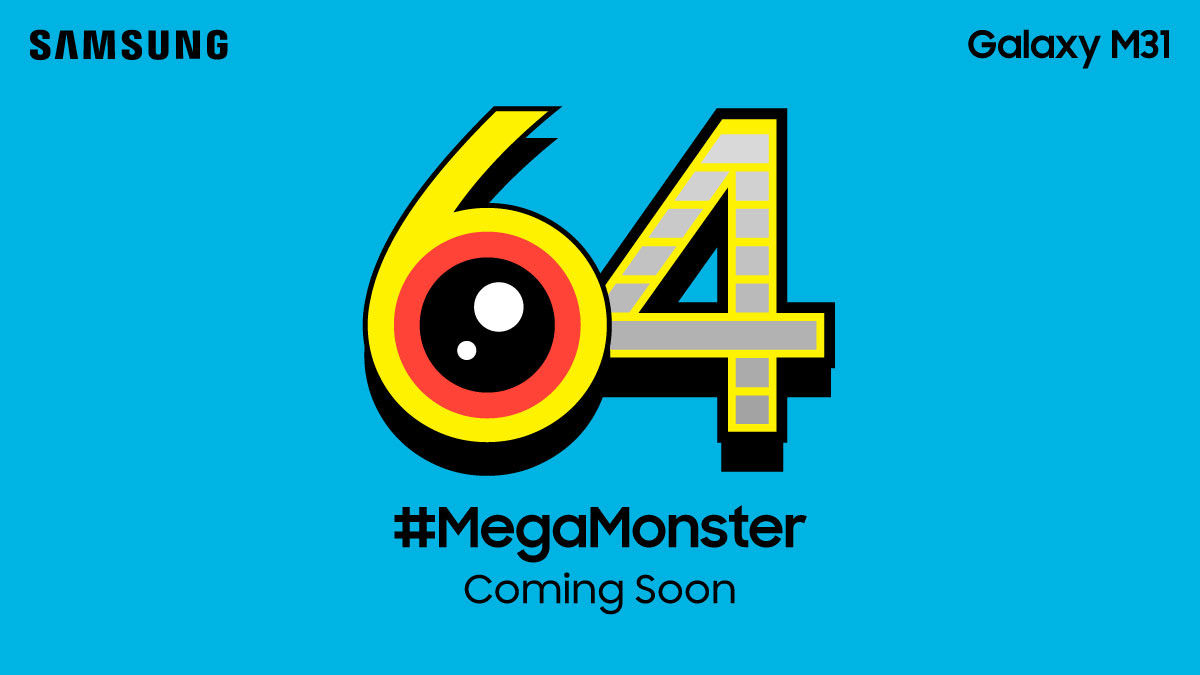 Samsung announced a new Galaxy M-series smartphone last year. The company is expanding its range with the launch of Galaxy M31 soon. The smartphone recently bagged Bluetooth SIG and Wi-Fi certifications, revealing that it would come with Android 10, dual-band Wi-Fi connectivity, and Bluetooth 5.0. The company could promote the Galaxy M31 with #MegaMonster hashtag, hinting that it might have a battery capacity similar to Galaxy M30s.

According to a teaser leaked by two Youtubers, Samsung Galaxy M31 will come with a 64MP primary camera sensor. It is speculated that the 64MP sensor on the phone could be the company’s own 64MP ISOCELL GW1 sensor. The Galaxy M30s successor could come packed with a 6000mAh battery. It is tipped to be powered by the same Samsung Exynos 9611 SoC that powers its predecessor. The handset is expected to pack 6GB RAM and up to 128GB of internal storage.

The Galaxy M31 could sport an L-shape quad-camera setup consisting of a 64MP primary camera + an ultra-wide-angle lens + a depth sensor + a macro lens. The handset is likely to run on Android 10 with One UI 2.0 custom skin on top. No information is yet available for the display size of the smartphone.