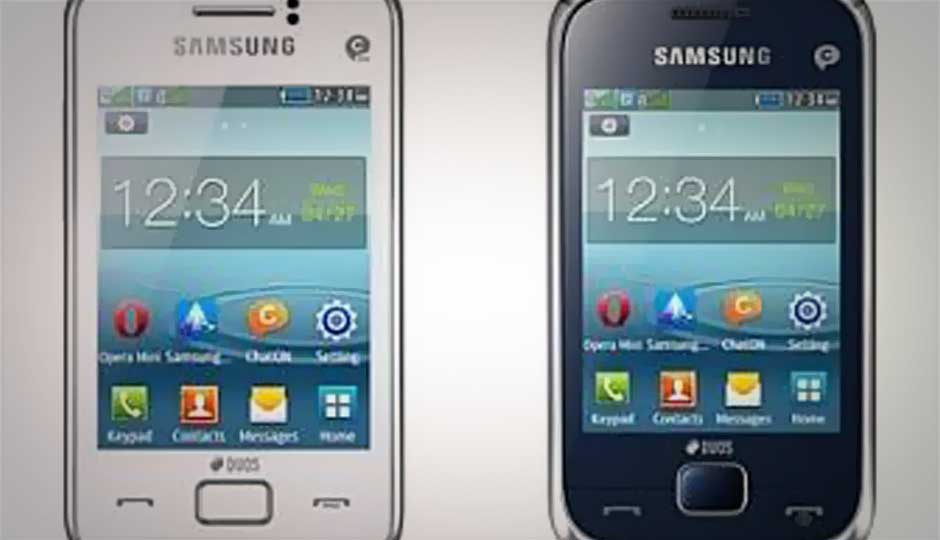 Two recently launched budget phones from Samsung – the Rex 60 and the Rex 80 are now available to buy online from multiple retailers. The former has been priced at Rs. 3,699 while the latter can be purchased for Rs. 4,940. Both handsets are feature phones without a smartphone OS that run Samsung's TouchWiz UI, so if you've played around with any of the Samsung Galaxy phones, you'll you know your way around these handsets too.

The Samsung Rex 60 is a dual-SIM GSM touchscreen phone with a 2.79-inch TFT display at a resolution of 320×240 pixels. It has a single 1.3 MP camera but no flash. The Rex 60 is about 12.5 mm thick and is powered by a 1000mAh battery. The Rex 60 supports external microSD cards up to 16GB and comes with other features such as support for nine regional languages, ten preloaded games and social networking apps.

The Samsung Rex 80 is also a dual-SIM GSM touchscreen phone and sports a 3-inch touchscreen with a resolution of 320×240 pixels. It has a single 3.2 MP camera with no flash and is about 11.5 mm thick. The Rex 80 is also powered by a 1,000mAh battery and also supports external microSD cards up to 16GB. In terms of connectivity, while the phone doesn't support 3G, it does support Wi-Fi and Bluetooth. It shares the same set with respect to additional features as the Rex 60.