Samsung is reportedly working on a folding phone the unfolds vertically

It is rumoured to be able to fold in multiple configurations. 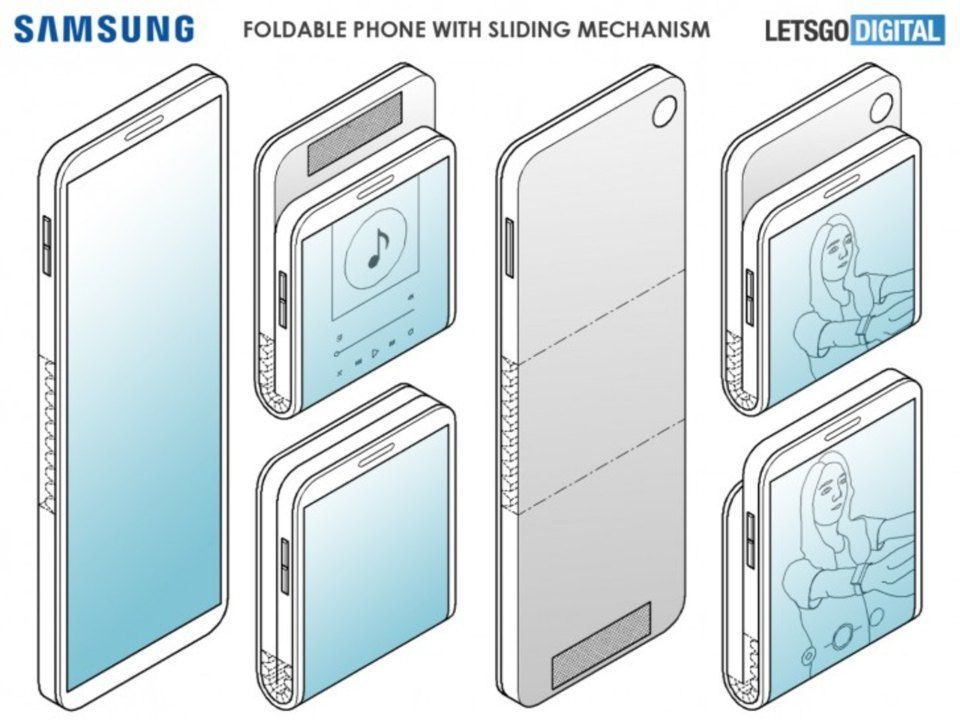 Motorola is expected to release a folding phone in the RAZR form factor soon. Now, it looks like Samsung is also building a folding smartphone that folds vertically, a direct rival to the upcoming RAZR. The Galaxy Fold was Samsung’s first folding phone that opens to a tablet-sized display. Samsung’s new patent hints at a different approach.

Published by the WIPO (World Intellectual Property Office) earlier this month, GSMArena have a set of mockup renders showing how the design could possibly work in practice. The site says, “In its folded position, the device would fold with the display outwards like the Huawei Mate X – thus taking up a smaller footprint, while still allowing parts of the display to function for other tasks.”

The “other tasks” could range from changing music tracks to shooting selfies, or simply checking the time or glancing at notifications. GSMArena goes on to say, “What sets this apart from Motorola’s apparent design is the folding mechanism, that would give the hinge some wiggle room and allow for multiple configurations when folded including the ability to fold the display inwards or outwards.”

The next Samsung folding phone could fold as per the user’s convenience. However, it is only a concept, and how Samsung brings it to life (if it does) would be interesting to see. It is certainly a new and exciting idea, and something to look forward to.

We have no information about the price of this device yet. Further, the Motorola RAZR folding phone is expected to cost 1,500 Euros. The Samsung Galaxy Fold and the Huawei Mate X are priced at 2,000 Euros (approx Rs 1.59 lakh) and 2,300 Euros (approx Rs 1.82 lakh) respectively.