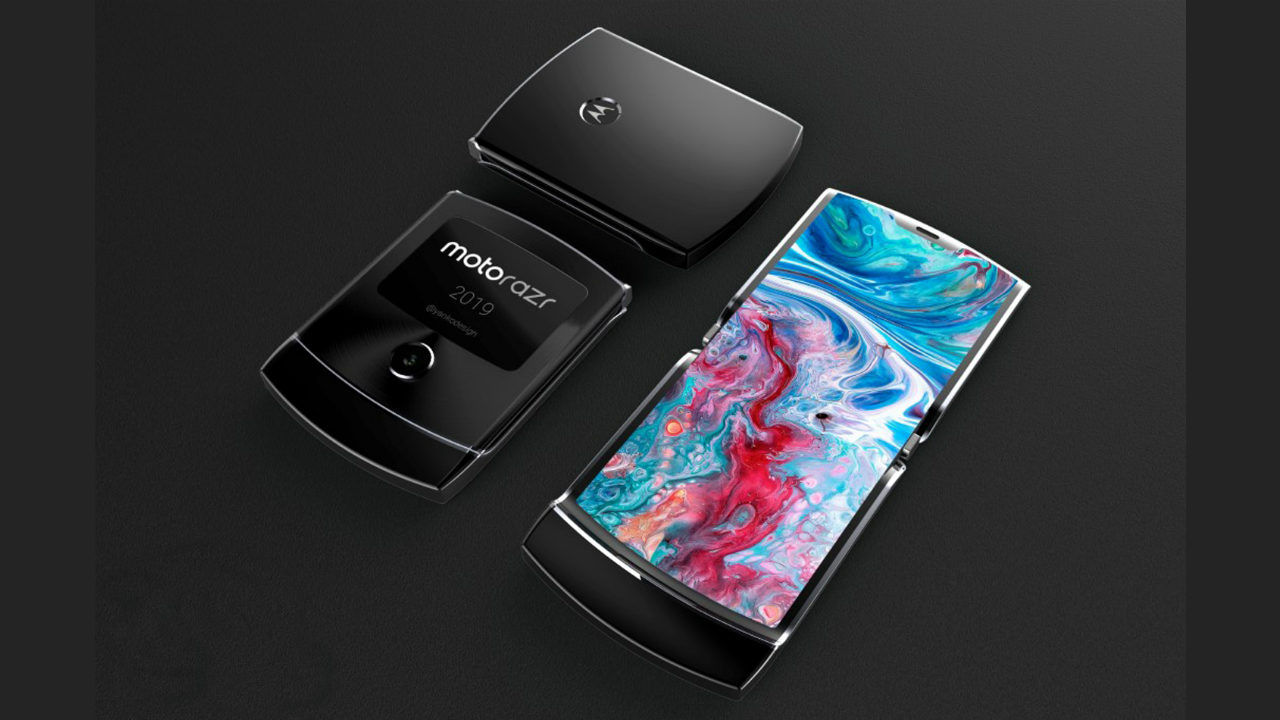 Motorola Razr folding smartphone may launch in Europe in December.

Motorola has been vocal about its foldable phone, and in February, it confirmed that the company is developing the handset. We have already seen a series of fantastic renders of the phone, however, nothing much was known about the phone till now. Amid the scanty rumours about the launch date of the phone, a dutch website has claimed that the device will debut in December in Europe and it will be priced at 1500 Euros (approx 1.19 lakh).

Citing an anonymous source for this “reliable information”, LetsGoDigital claims that the Motorola Razr will get the same design as it is seen in the renders which were based on a patent for Yanko Design. The renders show an elongated display, which can be opened and closed like a traditional Razr phone. In addition, there will be a smaller screen on the front, which displays notifications and incoming calls.

Now coming to the price, the Motorola Razr folding phone is obviously costly but it’s still cheaper when compared to other foldable phones. The Samsung Galaxy Fold and the Huawei Mate X are priced at 2,000 euros (approx Rs 1.59 lakh) and 2,300 euros (approx Rs 1.82 lakh) respectively. What could be disheartening for some is that the Motorola foldable smartphone could be equipped with a mid-range processor, the publication notes.

Further, it is being reported that the smartphone will be launched in America within a few months for $1500 (approx Rs 1.08 lakh). “According to our source, the Motorola RAZR folding smartphone will also be released in Europe shortly after the launch in America,” LetsGoDigital said, adding that consumers in Europe can purchase the phone from December 2019 itself or January 2020.