The company apparently used it at a press briefing in China without giving any credits. 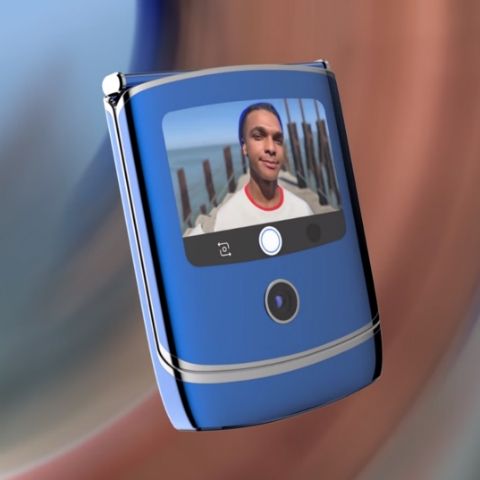 Lenovo has already confirmed that it is working on a foldable phone. While not confirmed, the company’s upcoming device is tipped to feature a design similar to Moto Razr. Multiple previous renders and concept videos of the alleged Moto Razr foldable phone were posted online when the smartphone maker first confirmed its plans. It seems like Lenovo used a video to promote the device during a media briefing in China and the surprising bit is that it reportedly used a fan-made render video without giving any credit to the original creator @WaqarKhanHD. While the creator’s watermark was present in the video, the company put its own logo at the end.

Khan confirmed to Engadget that Lenovo didn’t get his permission to use the renders, which were also circulated with the media. It’s unclear whether Lenovo is planning a device that actually represents the phone shown off in the renders or whether this is a marketing gimmick to create a hype about its upcoming foldable handset. If the company does decide to make a phone similar to the one shown off in the renders, it could feature a clamshell design where the display folds out. A secondary display can be seen on the outer top-half of the phone and the overall design is similar to the patent that the company got some time ago.

Late last month, an image leaked online reiterated the above-mentioned design of the phone, along with the contents of the box it could ship with. The handset’s box might feature a triangular prism-shaped design, which is said to feature a charging dock, a power adapter, a USB Type-A to USB Type-C cable, a 3.5mm dongle (hinting that there will be no headphone jack) and a pair of earbuds. Previous reports have suggested that the company has already designed a logo of the foldable phone codenamed “Voyager.