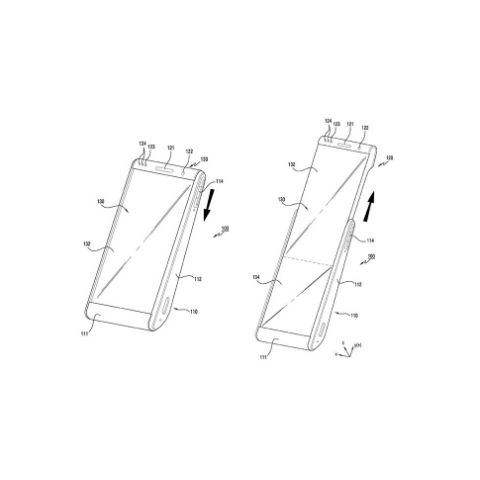 Samsung receives a new patent that shows how a rollable display could be used on a phone.

A handset is shown with an extended display that is rolled into the phone.

The display could be extended by up to 60 percent after the rollable display is expanded.

Launch of Samsung’s foldable handset, the Galaxy Fold, is currently shrouded in uncertainty. After the initial outcry over the phone’s inner display breaking down for some reviewers in the US, the company recalled the units it sent out. However, it tried to reassure everyone with an announcement saying that the launch will happen as planned but there’s still no word on when this Galaxy Fold will see the light of day. Now, Samsung has reportedly obtained a new patent for a phone with rollable display, which it filed with the WIPO (World Intellectual Property Office) on November 28, 2018. As per a Let’sGoDigital report, the new patent is titled ‘Electronic device including flexible display with expandable display area' and it describes how the company could employ a rollable display on a handset.

The patent illustrations hint at how a rollable display could be used to increase the display area on a smartphone. A standard looking smartphone, which looks rather thicker than current flagship phones, can be seen in the patent filing. It features a flexible display that rolls out to increase the screen area by at least 60 percent. This extra portion of the display is said to be rolled up in the phone and that is why it appears thicker than usual in the illustrations. The longer display could be an added bonus while web browsing to see more content at once, or while playing games and watching videos. 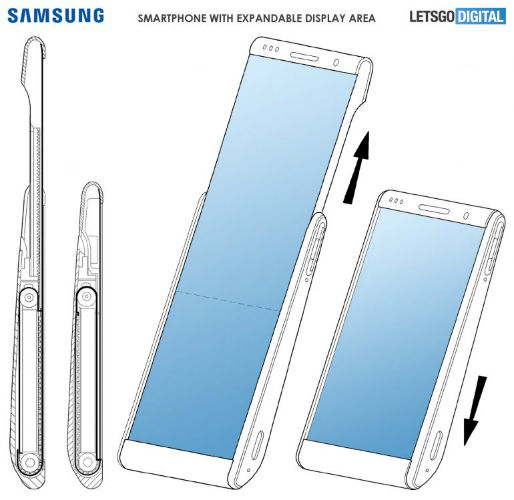 The mechanism to control the extendable display could be automatic or manual. Whatever may be the case, the housing of the rollable display is said to make for a better grip on the device, when the display is rolled out or back in. There are also two rollers in the housing that enable extending the display. However, since this is a patent that the company has just received, we can’t expect to see it on a Samsung phone anytime soon.

Rollable displays aren’t a new thing as LG has already showcased its 65-inch OLED TV that rolls up like a projector screen at CES 2018. The Apple iPhone X is also equipped with a display that is rolled inside at the bottom for a thin chin on the handset. Implementing the rollable display in a manner that it is undamaged by long-term usage could surely be a challenge but it will be interesting to see how it turns out.