The Samsung Galaxy S9 Mini could be the Korean smartphone maker's answer to the Apple iPhone SE. The smartphone could be a tiny device with Infinity Display design and a 4-inch display. 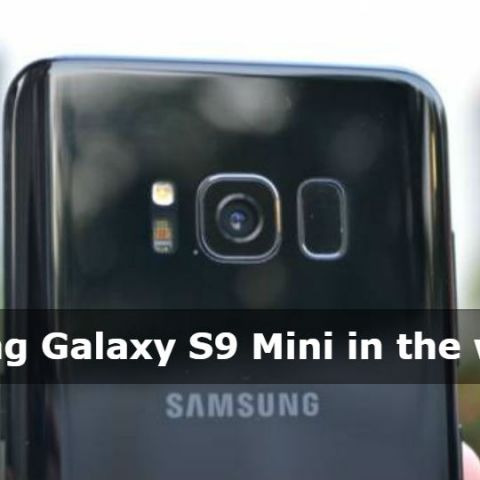 Samsung is reportedly planning to launch a mini version of its flagship Galaxy S9 smartphone next year. According to a report by Business Korea, the smartphone is rumoured to feature a 4-inch display and will launch alongside the Galaxy S9 and Galaxy S9+. The mini version of the Galaxy S9 is expected to feature curved edges and sport a display smaller than 5-inch. There is no clarity on its specifications yet, but the use of a design with 18:9 aspect ratio could mean the device will be tiny by current smartphone standards.

Samsung has not yet announced a mini version of its flagship smartphone for past few years. The Galaxy S9 mini could compete with the iPhone SE, which has become one of the best sellers for Apple in emerging markets. The report also mentions that there is a chance that Samsung may not launch the device at all, despite strong demand for smartphones with smaller displays.

Samsung is expected to launch the Galaxy S9 and its larger Galaxy S9+ variant sometime in February. The smartphones are tipped to be the first smartphones to feature Qualcomm's Snapdragon 845 chipset and Samsung has reportedly purchased the entire first batch of the chipsets. Previous reports suggets that the phone may miss out on the under display fingerprint sensor, but is tipped to feature an iPhone X like facial recognition technology.  Samsung is expected to bring its Infinity Display design to Galaxy A series next year. With Galaxy S9 mini, it will likely retain a similar design which should technically mean a very compact device.