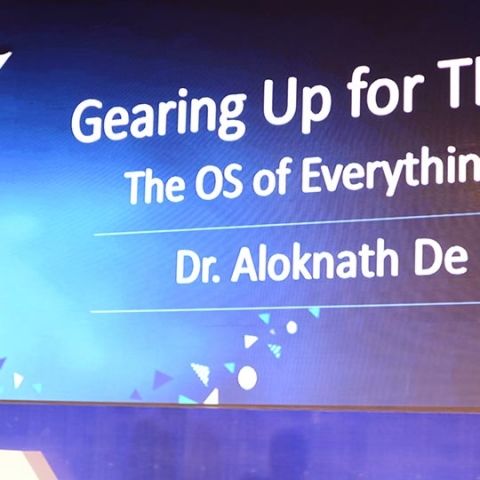 Tizen hasn't exactly worked yet, but Samsung isn't giving up that easily.

The Samsung Z1 and Z3 both had very low end specifications and were aimed at first time smartphone users. The company also aimed to showcase the capabilities of its operating system, the growth of which would allow Samsung to move away from Google’s Android ecosystem.

While there is no official word from Samsung yet, a high-end Tizen-based smartphone has been expected for a while now, especially considering the powerful chipsets that Samsung has been producing. The Exynos 7 Octa SoC, which powers Samsung’s current flagship smartphones has proved to be much more powerful than Qualcomm’s current generation Snapdragon 810 processor. Speculations have also been made about Samsung looking at a vertical integration similar to Apple’s. The Cupertino,Calif.-based giant has made designs its own processors and operating system.

Further, Samsung has been battling Apple in the smartphone market, being the only Android OEM that rivals Apple in terms of smartphone market shares. Samsung also reported a profit growth this quarter, marking the first time that that has happened in the last four quarters. The company pushed up the launch dates for its Galaxy Note 5 and Samsung Galaxy S6 Edge+ smartphones to get a head start on Apple.

In addition, the company also changed its approach to design with its current generation flagships sporting glass and metal bodies. The Galaxy S6 and Note 5 are also amongst the best Android devices in the market right now, outperforming their competitors by quite a bit.