Samsung Galaxy Note 8 is expected to launch at an event in New York on August 23. The handset is expected to offer dual rear camera setup and 6.3-inch Infinity display. 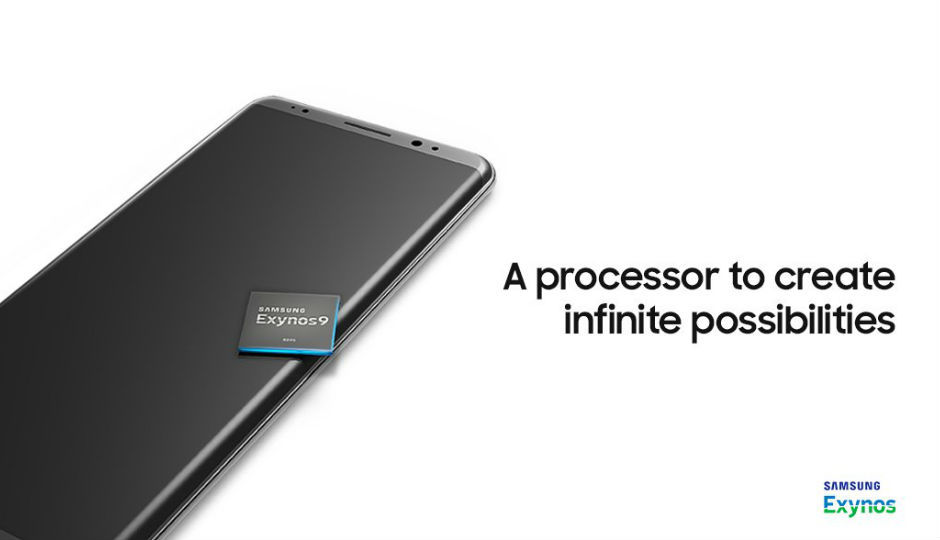 Samsung is expected to announce Galaxy Note 8, the successor to its ill-fated Galaxy Note 7 smartphone on August 23. The handset has leaked multiple times in the past and could be the most expensive smartphone yet from the South Korean smartphone maker. The Galaxy Note 8 is confirmed to feature the Infinity Display design seen on Galaxy S8 duo and now the upcoming handset's design may have been teased by Samsung on Twitter.

Samsung Electronics' chip design arm Exynos has tweeted a picture promoting it's Exynos 8895 SoC alongside what looks like Galaxy Note 8 smartphone. The device in the picture seems to be a general render sans any physical button and seems inspired by Samsung's 2017 flagship lineup. The wider display, however, suggests that the handset could be the early renders of Galaxy Note 8.

While Samsung has not officially revealed any details around Note 8, most rumours suggest it will be available in both Snapdragon 835 and Exynos 8895 variants. A DigiTimes report citing component makers in Taiwan claims the smartphone will only be available in September.

The Galaxy Note 8 is rumoured to sport a 6.3-inch Quad HD+ dual curved edge display and could be taller and wider than Samsung's Galaxy S8+. It is highly anticipated to offer dual rear camera setup with one wide angle lens and another telephoto lens. The device is also rumoured to offer 6GB RAM as standard and retail at a starting price of €999 (around Rs 72,000).  Samsung is reportedly advancing the launch in order to benefit from Apple's supply constraints for the next generation iPhone. The Note 8 is also believed to offer a smaller 3300mAh battery, an improved S Pen with translation features and retail in black, blue and gold colour options.