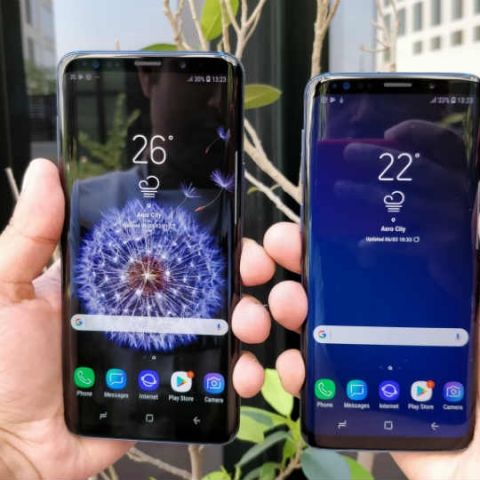 Samsung Galaxy S9, S9 Plus users will notice a new update that adds more AR Emojis to the phones. The company has also introduced dual-VoLTE through an OTA update and a new one-time screen replacement offer.

Samsung has launched a new set of 18 AR Emojis, the customisable animated stickers that can be used in messages to express emotions, for the Galaxy S9 and S9 Plus smartphones. With the launch, the total number of AR Emojis available on the Galaxy S9 and S9 Plus has gone up to 36. To get the new AR Emojis, users will need to update the smartphones’ camera app which is now available in the ‘My apps’ section of the Galaxy Apps store.

“Samsung has made it even easier for users to express their inner selves by doubling the number of animated stickers that are automatically generated whenever an AR Emoji is created,” the South Korean electronics giant said in a blog post. The company said it also plans to add 18 more expressions in the coming months, “which will bring the feature’s total number of emotion-capturing sticker options to 54.”

As a part of its India-centric innovation, Samsung also rolled out two other features to the Galaxy S9 duo. These include - dual-VoLTE feature and a new one-time screen replacement offer. Consumers will receive the dual-VoLTE feature through an over the air (OTA) update. With this feature, Galaxy S9 and S9 Plus users will have an option to be connected to two VoLTE networks simultaneously and can further choose the data network that most suits their need.

To avail the one-time screen replacement offer, Galaxy S9 and S9 Plus consumers will need to pay Rs 1,999 to get their screens replaced for a period of nine months. The offer is valid from June 1 to June 30.

Samsung launched this year’s flagship devices in India a week after it launched the smartphones at Mobile World Congress in February in Barcelona. Although the design of the phones remained largely the same, they boasted of new camera innovations with variable aperture lenses that switches between f/1.5 and f/2.4, depending upon the lighting conditions.

According to market research firm Gartner, Samsung shipped 78,564.8 devices and captured 20.5 percent of the market share in the first quarter of 2018. Although its market share dropped by 0.3 percent, it still lead the market. Samsung's mid-tier smartphones faced continued competition from Chinese brands, which led to unit sales contraction year on year, Gartner said.