The smartphones are available with some deals and launch offers as well. The Galaxy S9 is priced starting at Rs 57,900 whereas the base variant of the Galaxy S9 Plus costs Rs 64,900. 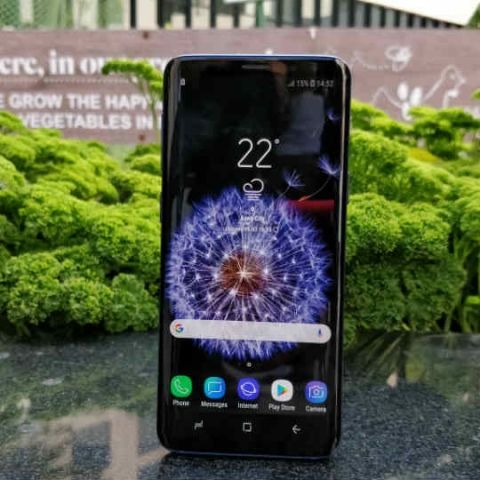 Samsung’s flagship smartphones, the Galaxy S9 and the S9 Plus are now up for sale in India via Flipkart, Samsung Shop and the company’s offline stores. The devices were unveiled by the smartphone manufacturer at MWC 2018 and they feature upgraded hardware, major improvements in the camera department and more, as compared to their predecessors.

For launch offers, Samsung has partnered with HDFC bank and is offering Rs 6,000 cashback while purchasing the smartphones using the company’s debit and credit card. Using Paytm Mall, buyers can also get Rs 6,000 cashback when they buy the device online or offline. Additionally, the company is doling out an extra Rs 6,000 off on exchange with the mobile phones.

There are also some more offers with the Samsung Galaxy S9 and Galaxy S9 Plus. Reliance Jio subscribers can choose an annual plan priced at Rs 4,999 to receive 1 TB of high speed 4G data along with unlimited voice and SMS. Also, new and existing Vodafone postpaid customers will avail free Netflix subscription for a year on the company’s Red plans starting Rs 999 till April 30, 2018 and prepaid subscribers recharging with Rs 199 will get 1.4GB data per day along with unlimited calling and an additional 10GB data every month on ten subsequent recharges.

Users can also buy the smartphoes from Airtel on a down payment of Rs 9,900 and shell out Rs 2,499 for 24 months, during which they will receive 2TB of data. There is also a Double Data offer with the Airtel Infinity Postpaid plans and opting-in with the Infinity 499 pack users get unlimited calls, 80 GB data and a one year Amazon Prime membership for free. With the Infinity 799 pack, they will avail 120GB data with unlimited calling and a free child connection with the one year Amazon Prime membership. With both the plans, users will get offer free subscription to Wynk Music and Airtel TV.

Coming to the hardware, both the Samsung Galaxy S9 and the S9 Plus are equipped with a quad HD super AMOLED panel but with a 5.8-inch and 6.2-inch screen size respectively. They are powered by the company’s own Exynos 9810 SoC and feature AR Emojis, which use facial expressions for creating animated Emojis. The Galaxy S9 and S9 Plus sport 4GB and 6GB RAM respectively, and come with an option of expanding the onboard storage up to 400GB via a microSD card.

Camera setups on both the smartphones are capable of varying the aperture lens between f/1.5 and f/2.4. The Galaxy S9 is equipped with a 12MP Super Speed Dual Pixel autofocus sensor and the Galaxy S9 Plus features a dual-rear camera setup with a 12MP sensor with wide-angle lens and another 12MP sensor with a telephoto lens. The two devices come with an 8MP front facing camera with f/1.7 aperture lens and autofocus feature and their main camera can also record 960fps super slow-mo videos.

The Galaxy S9 and the S9 Plus are backed by a 3000mAh and 3500mAh battery respectively. They are launched running on Android Oreo out-of-the-box, are IP68 certified dust and water resistant and feature AKG Acoustics tuned dual speaker. You can read our first impressions of the smartphones here and an in-depth explanation of how the variable aperture tech works on the devices here.