Samsung Galaxy S9 Plus with Snapdragon 845 SoC spotted on Geekbench, expected to cost above $999

The Galaxy S9 Plus scores an impressive 3773 points in single core performance and 9024 in multi-core tests. Prices for the S9 Plus and its smaller variant will reportedly start at GBP 739 (Rs 66,600 approx) in the UK at launch. 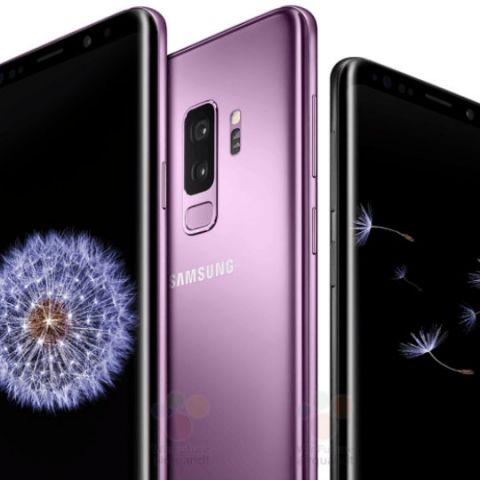 The Mobile World Congress 2018 is just a week away and Samsung will showcase its flagship Galaxy S9 and S9 Plus smartphones a day before the event officially commences. Almost all the specifications of the devices have leaked, however, the larger Galaxy S9 Plus has been spotted on Geekbench running on the Qualcomm Snapdragon 845 platform for the first time. Additionally, TechRadar and Roland Quandt‏ have also reported how much the smartphones could cost in UK and Norway respectively.

Starting with the Geekbench listing, the Galaxy S9 plus scores 3773 points in single core tests and 9024 in multi-core performance. It is seen running on Android 8.0 Oreo and 6GB RAM. The benchmark scores for the Qualcomm Snapdragon 845 scores are impressive but the iPhone X from last year is still ahead with 4188 points for single-core and multi-core score of 10069. The Galaxy S9 was also previously spotted on the benchmarking website and it scored 3648 and 8894 in single and multi-core tests respectively. 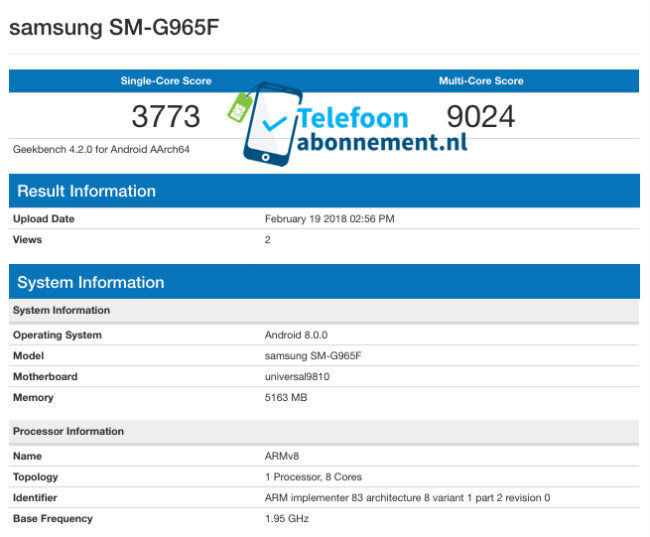 Also a TechRadar report, citing insider mobile phone industry sources, claims that the Samsung Galaxy S9 will be priced at GBP 739 (Rs 66,600 approx) in the UK on launch. Earlier, their sources said that the smartphone could cost GBP 789 (Rs. 71,400 approx), which is 100 pounds higher than its predecessor. Leakster Roland Quandt has also tweeted claiming that the Galaxy S9 (64GB) will cost NOK 8,790 (Rs 72,800 approx) and the Galaxy S9 Plus (64GB) will be priced at NOK 9,790 (Rs 81,100 approx) in Norway. It is speculated that similar to the iPhone X, Galaxy S9 series smartphone could cross the $999 barrier.

Both the Samsung Galaxy S9 smartphones were recently leaked in full glory, supplemented with alleged official images and  ‘almost’ all the hardware details. The report reaffirmed the rumours that the devices will sport a variable aperture lens (f/1.5 and f/2.4), which is capable of capturing videos at 960 fps. The Galaxy S9 is also seen with a single rear camera setup, whereas the Galaxy S9 Plus is equipped with a vertically placed dual rear camera setups. You can read more about the mobile phones here.