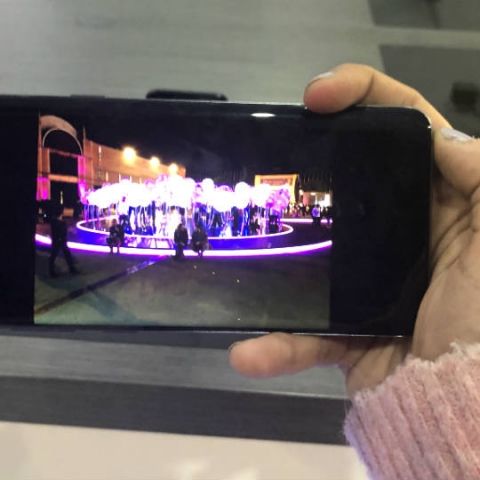 The Samsung Galaxy S9+ has taken the top spot on DxOMark’s smartphone camera performance list with an overall score of 99. The top spot was earlier held by the Google Pixel 2, which scored 98 points, followed by the iPhone X which scored 97 points. The Samsung Galaxy S9+, with its dual 12MP primary camera setup and variable aperture, scored 99 points on DxOMark and the newly launched flagship smartphone was also awarded the highest photo score of 104 for any smartphone by far. In comparison, the Pixel 2 had achieved a photo score of 99. The video score for the S9+ was lower at 91 points, but DxO noted that the video quality was still pretty impressive. According to DxOMark, “The S9 Plus comes with a camera that hasn’t got any obvious weaknesses and performs very well across all photo and video test categories.”

Samsung must be happy with the results since “Camera Reinvented” was the major peg of the Samsung Galaxy S9 and S9+ launch. The Galaxy S9+ did not see any redesign compared to its predecessor, but Samsung worked on the cameras to include variable aperture - f1.5 and f2.4, a first for any smartphone. On both the Samsung Galaxy S9 and S9+, the company has paired their Dual Pixel sensor with a very fast image processor. The sensor now uses a stacked CMOS architecture with a high bandwidth DRAM placed in between. As a result, the Samsung Galaxy S9+ can shoot better bokehs and improved low light images. You can read more about the Galaxy S9+ and its cameras here.

The primary cameras on the S9+ features a Live Focus mode, which on first impressions, made for great portraits. In addition, the new Galaxy S9, S9+ phones also feature Animoji-style 3D Emojis, which can be mapped to a user’s face and shared with voice recordings across various platforms. Another cool feature of the cameras on the Galaxy S9 and S9+ is the ability to shoot 960fps slow-mo videos.