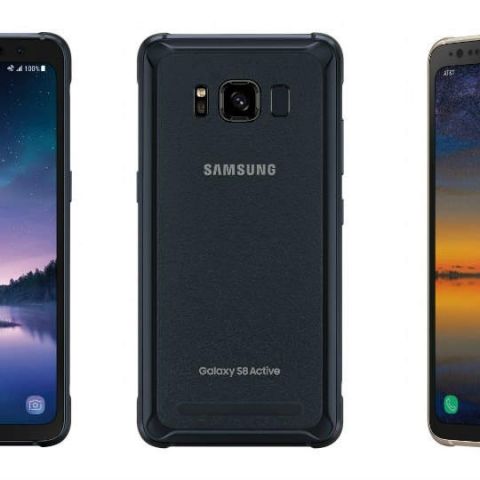 Samsung has launched the Active variant of its flagship smartphone, the Galaxy S8. Called the Galaxy S8 Active, the smartphone comes with a rugged design that is resistant to water, dust, shock or shattering. The phone has a 5.8-inch Quad HD display with an aspect ratio of 18.5:9. However, unlike the display found on the standard Galaxy S8, it is not curved on either side. The phone will be available in the US from August 11, and it is not yet known if or when the phone will be launched in India.

Samsung says that the phone is constructed with military grade materials for higher durability and features a metal frame with a bumper. The back cover sports a textured finish for an improved grip. It also comes with a 4000mAh battery, which is larger than the one used on the standard Galaxy S8. The device also comes with Samsung’s own AI-based assistant, Bixby along with a feature called Activity Zone. This gives users quick access to active lifestyle features such as a stopwatch, barometer, compass and a flashlight. The Galaxy S8 Active also comes with Samsung Knox, which the company says is a defence-grade mobile security platform which is used by 28 governments.

“Our new Samsung Galaxy S8 Active is designed with tested durability and strength to address the needs of consumers who need a more rugged device for their lifestyle,” said Tim Baxter, President and CEO, Samsung Electronics North America. “We are thrilled to introduce the fifth-generation Galaxy Active, which offers the best of Galaxy features in a tougher package.”

Samsung hasn’t released any Active branded device in India yet. However, with the launch of robust devices like the Cat S60 in India, it is possible that Samsung may want to consider finally releasing the Active lineup of device in India.