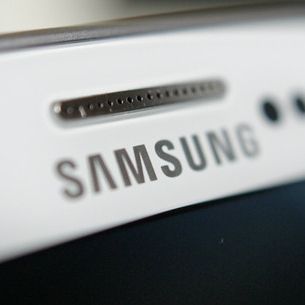 The Samsung Galaxy S7 Edge+ variant of the company's upcoming flagship phone may be cancelled. A tweet by @evleaks, aka Evan Blass states, “And then there were two,” followed by an image with the names of the Samsung Galaxy S7 and the S7 Edge only. This may be alluding to Samsung only launching these two devices and not the Galaxy S7 Edge+ when it announced its new flagships. The company is expected to unveil the Galaxy S7 lineup a the Mobile World Congress event scheduled to be held next month.

An earlier tweet by Blass had suggested that Samsung would launch the Samsung Galaxy S7, S7 Edge and S7 Edge+ together. However, that may not be the case now. Samsung has been tipped to include its own variant of 3D Touch in its upcoming flagship phones. The company has already filed for a patent for the same. Samsung is also expected to launch the Galaxy S7 smartphones in two variants, one would be powered by the Qualcomm Snapdragon 820 SoC, while the other would come with Exynos 8890 processor. It has been speculated that Samsung would use a 12MP camera with an aperture of f/1.7 which would aid in low-light photography. It was earlier reported that the company was going to focus on low-light imaging with the upcoming phone, but was expected to would use the new BRITECELL sensor instead.

And then there were two. pic.twitter.com/sfGiOtjGXc

Earlier this week, it was reported that a Samsung employee had passed information about the Galaxy S7 phones to a Korean website, Naver. According to the report, the smartphones are expected to come with a black chassis in order to give the phone a premium look. The employee also claimed that the devices will be dust and water proof. In addition, all versions of the phone may have dual-SIM slots and might come with a microSD card.