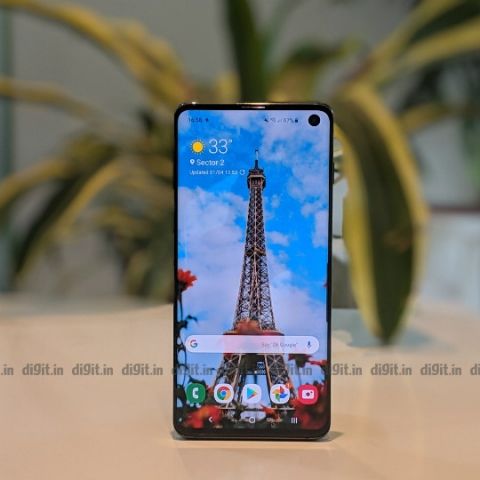 Samsung relies on Qualcomm’s ultrasonic solution that creates a 3D map to authenticate the fingerprint.

Face Unlock is now a feature that can be found in phones priced above Rs 1 lakh to those price under Rs 10,000. However, despite its meteoric rise to become a convenient way of unlocking your phone, it could never replace the fingerprint sensor in terms of reliability. It has been established that a fingerprint sensor on a smartphone is far more secure while face recognition systems has been proven to be fooled. However, the new breed of in-display fingerprint sensor is also not free of vulnerabilities.

The user in the video states a DSLR can be used to get an even clearer photo of the fingerprint sensor. What’s scary is that the Galaxy S10 was unlocked every time the 3D printed fingerprint map was placed rightly on the screen.