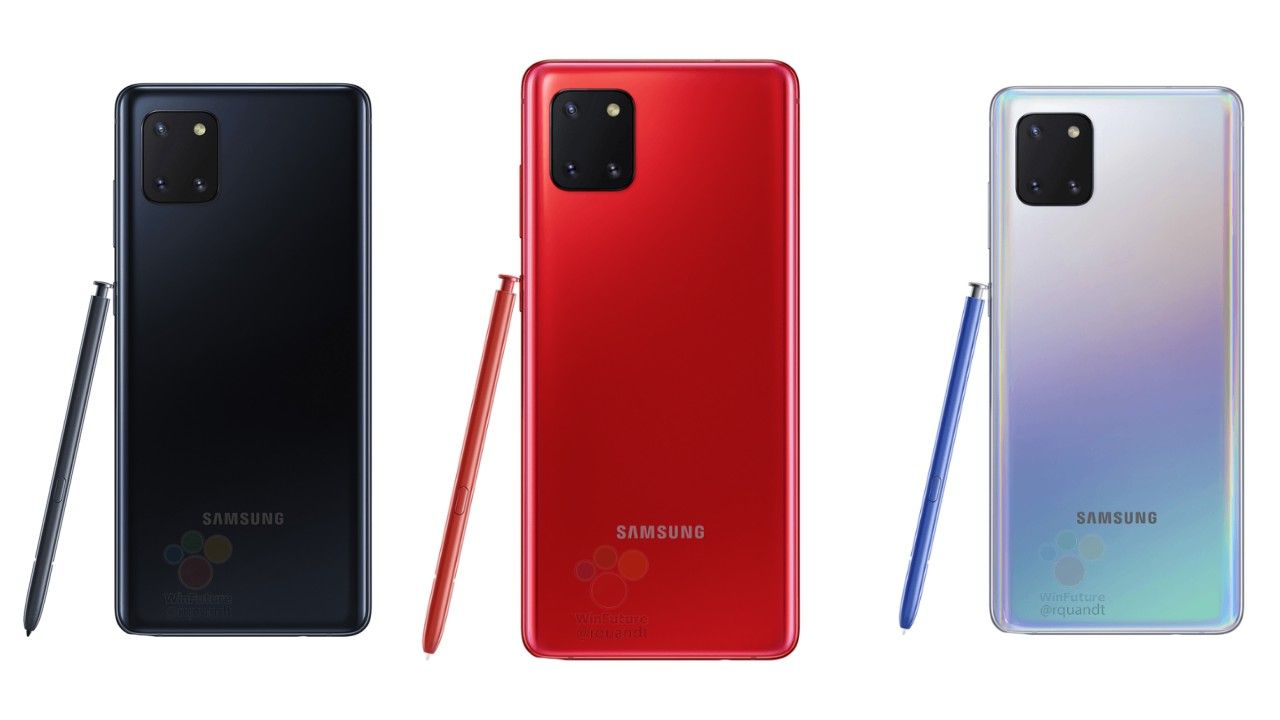 Samsung is rumoured to release the Lite variants of its 2019 flagships soon. Now, the Samsung Galaxy Note 10 Lite has leaked in renders. The leaked images reveal the phone in multiple colours. It is seen sporting a hole-punch display placed in the top centre of the screen, which is similar to the Galaxy Note10 series. However, things look a bit different at the back. The smartphone is seen to feature an L-shaped camera setup, like the recently launched Galaxy A51 and Galaxy A71.

The latest development comes from WinFuture that has leaked renders of the Samsung Galaxy Note10 Lite. The renders show the smartphone in three colour options- Black, Red and White with a gradient finish. They also suggest a flat display, unlike the flagship smartphone. The handset is seen sporting a triple rear camera setup. Furthermore, the S Pen matches the colour of the back panel, but in the case of the White gradient colour option, the S Pen is seen sporting a Blue finish.

On the optics front, Samsung Galaxy Note10 Lite is said to include a 48MP primary rear camera. Alongside the primary lens, it may come equipped with a wide-angle lens and a macro sensor. The S Pen on the phone is reported to support Bluetooth v5.1 bringing in location-tracking features.

Samsung Galaxy Note10 Lite is tipped to go on sale by December 27. The support page of a Samsung phone with model number SM-N770F / DS has gone live on the Samsung Spain website and in a few other countries as well, indicating the phone might go official soon. The same model was also spotted on Geekbench and it is said to be the Galaxy Note10 Lite.

The support page doesn’t reveal any details regarding the launch date and price of the smartphone. However, earlier reports have suggested that the smartphone will cost 609 euros (Rs 47,800 approx).