Samsung Galaxy Note 10 might be devoid of all keys, including the Bixby button: Report 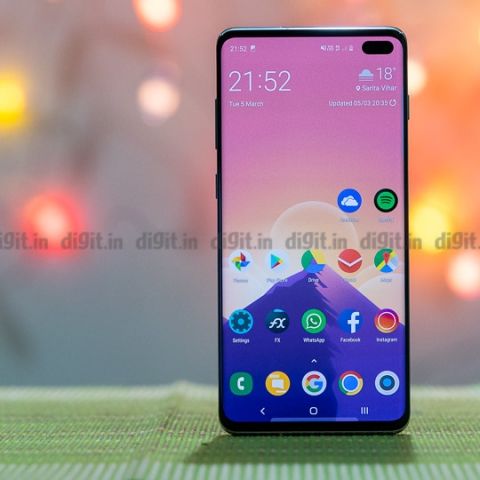 A new report suggests that Samsung’s upcoming Note series flagship could get rid of all standard buttons we have come to expect on a Galaxy Note handset.

Samsung’s Galaxy S10 series of smartphones were like a breath of fresh air in the stagnating smartphone market. However, it is not the only flagship the company has in its arsenal. The next Galaxy Note series flagship, presumably called the Galaxy Note 10, is expected to be launched in August and as per a new report by ETNews, the company could make some radical new design choices for the handset. As per the Korean media outlet, Samsung could remove all buttons on the Galaxy Note 10 and instead have other mechanisms, gestures, and touch-based inputs set in place to enable their functions.

Going by the report, Samsung could get rid of the power button, volume rockers, and the Bixby button from the Galaxy Note 10. There is no information on what the replacement mechanisms could be but there could be an edge squeeze option to perform various actions. Getting rid of keys on a flagship phone is a big deal and thus, the phone maker is said to first introduce the design on its A-series handsets. This could turn out to be true since the company has tested some of the first new features on its A series of phones like a quad-camera setup, and the Infinity-O display.

Since the Samsung Galaxy Note 10 launch is months away and this is a super early rumour, we suggest you take this information with a pinch of salt. There have been only a couple of reports regarding the Galaxy Note 10. One rumour suggests that it could feature a quad-camera setup on the back, which is quite plausible. A previous report suggested that the phone is codenamed “DaVinci” and could sport a massive 6.66-inch display. The handset is rumoured to be priced starting at 7499 yuan (Rs 77,600 approx). Samsung might employ its Exynos 9820 SoC on the phone and for other regions, it is most likely to run on the Snapdragon 855 SoC.