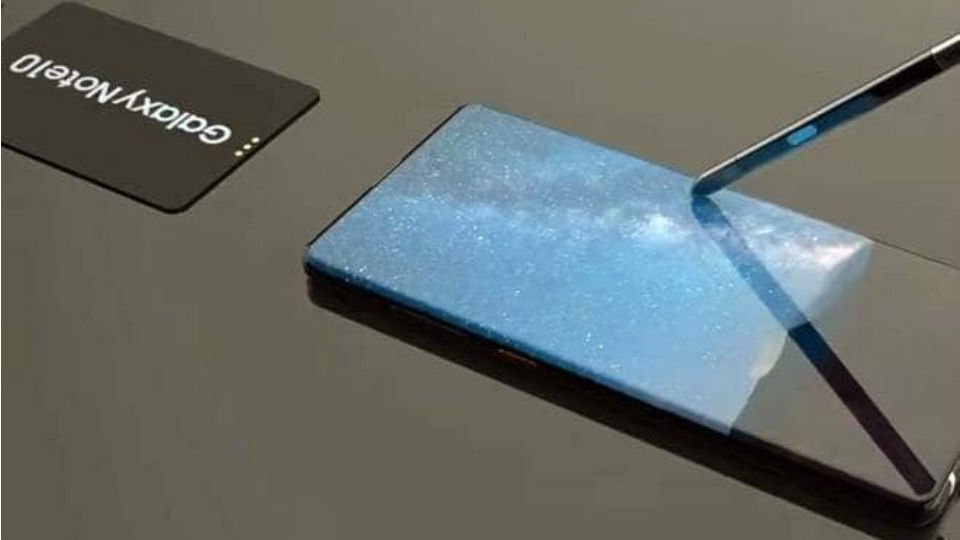 Samsung is marketing the Galaxy Note 10 as a device that can replace PCs and laptops.

The company also takes a jibe at Apple by showing dummies of an iMac and an iPhone.

Samsung has already made it official that it would unpack the Galaxy Note 10 at an event scheduled for August 7 at 4pm ET (August 8 at 1:30AM IST) at the Barclays Center in Brooklyn, New York. The Indonesian arm of the company has now shared a short clip which essentially shows how the South Korean tech giant is going to market its “powerful” device. In the video, the phone is shown as a powerful device that can replace laptops and PCs. Even in this video, Samsung doesn’t hesitate to take a jibe at Apple.

In the video, when the company talks about a PC being replaced by the Galaxy Note 10, it shows a system that looks like an iMac. For those who don’t know, the company sells the Samsung DeX accessory that extends the functionality of the its phones to allow desktop-like functionality by connecting a keyboard, mouse, and monitor. Additionally, when Samsung talks about a powerful phone, it compares the device with a dummy that sports a circular fingerprint sensor on the front -- similar to the older iPhones sported before Face ID became popular.

Say goodbye to hassle, and hello to powerful!
Register now on https://t.co/ZwHvMZlCpg & get a chance to win the Next Galaxy!

Coming back to the devices, the major difference between the two could be in the size of the display. The Galaxy Note 10 is said to feature a 6.4-inch Dynamic AMOLED display, while the elder sibling might feature a 6.8-inch panel. Both the devices will have a punch hole display, and renders leaked so far have shown the front camera sitting in the centre of the display. It is expected to house an Exynos 9875 chipset (or Snapdragon 855 SoC for some markets) coupled with up to 12GB RAM and 1TB of storage. The phones might pack a 4170mAh battery.

On the optics front, the Galaxy Note 10 is rumoured to feature a triple aperture camera setup on the back. The primary lens will be able to switch between the three apertures to give users control over the depth of field, and the amount of light entering the lens. Reports suggest that there will be a telephoto lens, and an ultra-wide lens. Additionally, the Note 10+ is expected to add a fourth Time of Flight sensor for added depth information and various AR applications.