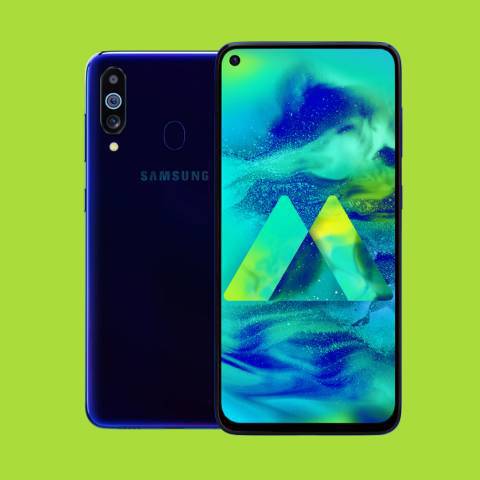 The handset is confirmed to feature a punch-hole camera and it might sport a dedicated Bixby button.

Samsung is all set to launch its new Galaxy M40 smartphone in India tomorrow. The handset has been leaked a couple of times previously and while we have a pretty good idea of what it might offer. A sighting of the phone on the Android Enterprise website reveals some additional information about it. The listing reportedly features an image of the smartphone and the image again shows off the device’s punch-hole camera display design. In addition, there are also some specs listed against the device like a 6.3-inch screen, 6GB RAM, and 128GB storage. The handset runs Android 9 Pie.

The new report, however, suggests that the upcoming Samsung Galaxy M40 smartphone might feature a dedicated Bixby button on its left edge. If this turns out to be true, the Galaxy M40 would be the first phone outside the Galaxy Note and Galaxy S series to feature a Bixby button. This information based upon the image of the Galaxy M40 smartphone, which is said to be listed on the Android Enterprise website. However, the phone was previously revealed by Samsung via a ‘Notify Me’ page and we didn’t find any button on the device’s left edge upon closer inspection. So, we suggest you take this information with a pinch of salt. 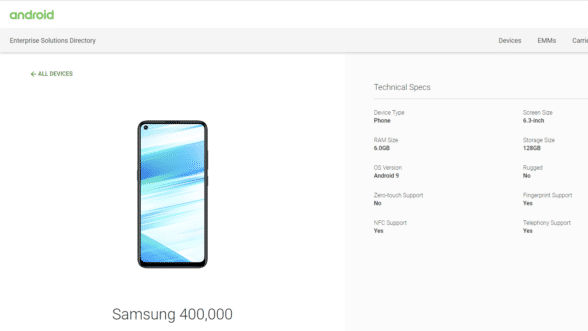 The Samsung Galaxy M40 is confirmed to sport an Infinity-O display. The handset is expected to come with a 6.3-inch Full HD+ screen that sports a 2340×1080p resolution and the same screen size is listed on the Android Enterprise website. The handset was touted to come equipped with a 5,000mAh battery but a previous report suggests it will get a smaller 3,500mAh power cell. The smartphone will feature a triple camera setup that will consist of a 32 MP main sensor. There could also be a 5MP depth sensor and an 8MP ultra-wide sensor. On the front is a 16MP shooter and the phone is expected to be launched running Android 9 Pie. A company executive has suggested that the Samsung Galaxy M40 will be priced below Rs 20,000, which means it will go up against the likes of the Redmi Note 7 Pro, Realme 3 Pro and others that are categorised in the same price range.