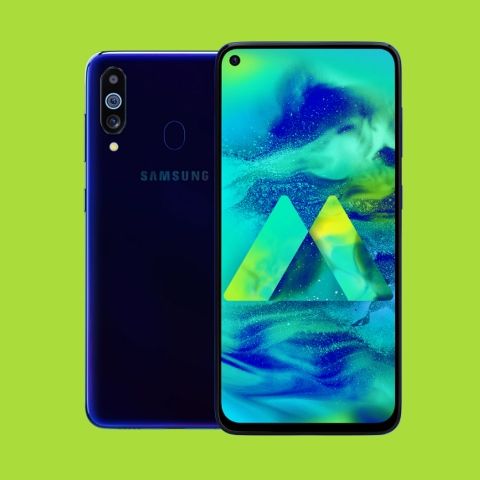 Just a day after Amazon teased the Galaxy M40 smartphone on its platform, a media report has said that the phone would be equipped with a 32MP sensor at the back and a 16MP selfie shooter. Citing Asim Warsi, Senior Vice President of Smartphone Business, Samsung India, the report from 91 Mobiles said that the phone would launch at a price of around Rs 20,000. The Galaxy M40 is the company’s fourth phone in the M-series.

The Galaxy M40 will launch in India on June 11 at 6 PM, and will sell on Amazon. The landing page on Samsung's website shows the M40 featuring an Infinity-O display with the punch hole on the top left of the screen. On the back, the phone is seen sporting a triple camera setup, but there is no concrete info about the resolution of the sensors and nature of the lenses associated with those sensors. The three cameras are situated on the top left corner with an LED flash under the setup. Apart from the three cameras, the rear panel also shows a fingerprint sensor.

As per Amazon’s listing, the Samsung Galaxy M40 will be powered by a Snapdragon 6 series platform. It is expected to be the Qualcomm Snapdragon 675 that can be seen as a major upgrade over the Exynos 7904 which powers both the Galaxy M20 and the Galaxy M30. Previous reports have suggested that the phone will tout up to 6GB of RAM and up to 128GB of internal storage.

The Galaxy M40 may feature a Super AMOLED display. It could be backed by a large 5000mAh battery and is expected to run on Android 9 Pie out-of-the-box. The handset reportedly bears SM-M405F model number, and has already been certified by the Wi-Fi Alliance. Incidentally, a device with the same model number was also spotted on Geekbench.