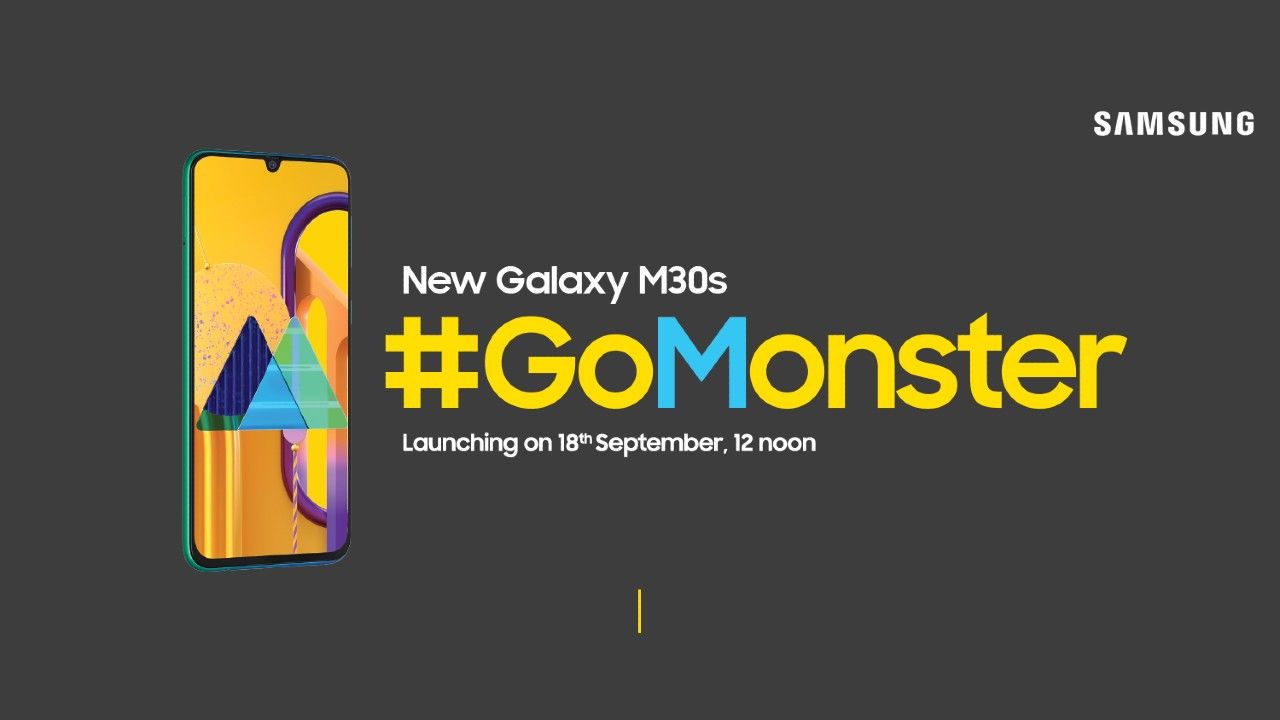 It will launch in India on September 18.

The Samsung Galaxy M30s is all set to be unveiled in India on September 18. The smartphone was listed on Amazon India earlier today, confirming several key specifications. The Galaxy M30's successor will also be an online-exclusive product like every other Galaxy-M device launched so far. The listing has also confirmed the presence of a massive 6000mAh battery.

The Samsung Galaxy M30s will be the first Samsung smartphone to pack a 6000mAh battery. The listing teases an sAMOLED display, a new powerful processor, and an “8MP triple camera” setup on the rear. The device is expected to deliver hours of gaming and media experience.

Earlier this week, the Samsung Galaxy M30s was leaked via an Android Enterprise listing, which revealed some key specifications of the smartphone. Now, we know what the smartphone will actually look like.

The Samsung Galaxy M30s is said to come with a bigger battery, and a better camera, among other improvements to the original Galaxy M30. You can read our review of the Galaxy M30 here.

According to previous rumours, the Samsung Galaxy M30s could feature a 6.4-inch sAMOLED Infinity-U display with FHD+ resolution. It is tipped to be powered by the Exynos 9610 chipset, paired with up to 6GB RAM. The phone is expected to ship in two storage options: 4GB RAM + 64GB storage, and 6GB RAM + 128GB storage.

As teased on Amazon.in, the Galaxy M30s is expected to sport a triple rear camera setup:  a 48MP f/2.0 sensor + an 8MP f/2.2 ultra-wide sensor + a 5MP f/2.2 depth sensor. It is a major update over the 13MP triple camera setup found on the Galaxy M30. The smartphone could have a 16MP front camera residing in the notch.