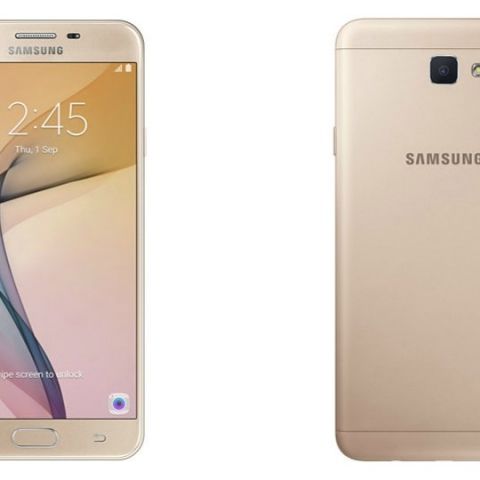 Samsung has launched the Galaxy J7 Prime in India at Rs. 18,790. As the name suggests, the Galaxy J7 Prime is an upgraded version of the Galaxy J7 (2016) launched earlier this year. The new phone features a 5.5-inch Full HD display, and is powered by a 1.6GHz octa-core processor with 3GB of RAM. At the back of the device is a 13MP primary camera with f/1.9 lens, while at the front is an 8MP camera. The phone is equipped with a 3300mAh battery and offers 16GB of native storage that can be expanded by up to 256GB. It also sports a fingerprint scanner and runs Android Marshmallow v6.0.1. The Samsung Galaxy J7 Prime comes with Ultra Power Saving Mode, which turns off all background apps in order to maximise battery life.

Samsung also unveiled the Galaxy J5 Prime at the event. The new phone is priced at Rs. 14,790 and features a 5-inch HD display. It is powered by a quad-core processor with 2GB of RAM. The phone also comes with a 2400mAh battery and offers 16GB of storage. The device is pretty similar to the Galaxy J5 (2016), but the older device has a slightly larger 5.2-inch display and 3100mAh battery.

The new Galaxy J7 Prime seems like a good upgrade over the Galaxy J7 (2016). The standard Galaxy J7 (2016) features a 720p display and 2GB of RAM. Further, the phone didn’t offer a fingerprint scanner. However, for this price, the J7 Prime will be up against other selfie-focused phones like the Oppo F1s.