There is still no launch date of the Samsung Galaxy Fold. 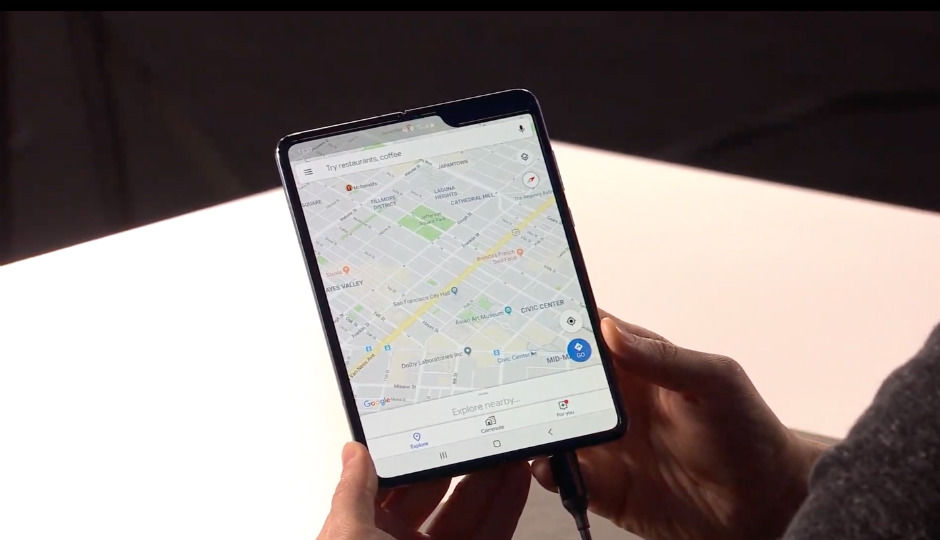 An improved version of the Samsung Galaxy Fold has successfully passed all the necessary durability tests, and the company now believes that the defects in the foldable phone are now mitigrated, a media report has claimed. While Samsung hasn’t revealed any information about the launch of the phone, according to GizChina, the phone may hit the market soon. The publication also quoted Samsung’s spokespersons in the Czech Republic and Slovakia, who said that they didn't have any new information related to the Galaxy Fold.

The news comes a few days after Bloomberg reported a similar development. The Galaxy Fold was reportedly undergoing a redesign after early review units of the phone malfunctioned due to issues with a protective film on the screen. Samsung had to recall the review units. Since then, the launch of the Galaxy Fold has been postponed several times. Bloomberg claimed that Samsung had already finished redesigning the Galaxy Fold. It looks like the device will be made available during the holiday gifting season. The publication, citing sources in the company, reports that Samsung has re-engineered the hinge on the Galaxy Fold to make it flush with the display. The company has also made improvements to the protective film of the screen, stretching it all the way to the outer bezels so as to make it impossible to peel off.

In the meantime, DJ Koh, President of the Mobile Communication Business at Samsung Electronics, admitted that the Galaxy Fold was pushed to the market before it was ready and that the company missed something on the device.  “It was embarrassing. I pushed it through before it was ready. I do admit I missed something on the foldable phone, but we are in the process of recovery,” Koh said.

“At the moment, more than 2,000 devices are being tested right now in all aspects. We defined all the issues. Some issues we didn’t even think about, but thanks to our reviewers, mass volume testing is ongoing.” A Samsung Display executive had already claimed that the company has resolved all display-related issues with the Galaxy Fold. The company also said that the device was ready to hit the shelves.