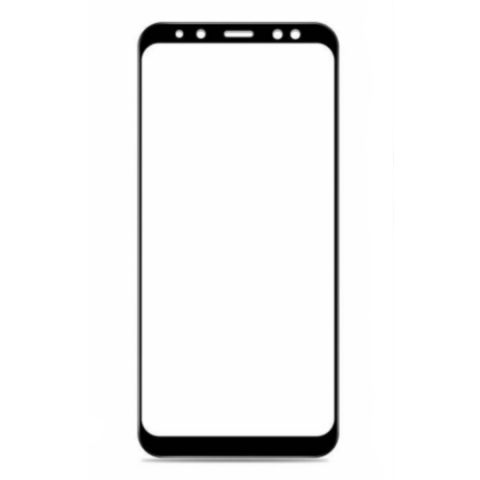 The recently leaked Samsung Galaxy A8 and A8+ were spotted again earlier today on Samsung’s own website. As of writing this story, the manual of both the devices is now live on Samsung’s website and does gives some insight about the two devices. First of all, both smartphones will have have a univisium (18:9 aspect ratio) display similar to the one we saw on the Samsung Galaxy S8 and S8+ this year. However, it is more than likely that the two upcoming smartphone may not carry the sauve all-curved design of Samsung’s current flagship smartphones.

The leaked manual also suggests that the two phones will incorporate Samsung’s AI assistant Bixby, which will enabled by swiping right on the home screen. However, there won’t be a dedicated Bixby button, which would come as a relief to many. The Samsung Galaxy A8 and A8+ will also be the first Samsung devices to feature two front facing cameras. According to the leaks thus far, both phones will sport a 16MP + 8MP camera setup at the front with f/1.9 aperture on both lenses. Moreover, the rear camera is likely to be a 16MP sensor with f/1.7 aperture. Both devices are rumored to be powered by Exynos 7885 SoC and may come in 6GB (maybe 4GB as well) variants. While the Samsung Galaxy A8+ is tipped to feature a 6-inch display with 2280 x 1080p resolution, we are not yet sure about the display size of the Galaxy A8. However, as the name suggests, we expect the screen size to slightly smaller.

The Galaxy A8+ may also feature a fairly large 3500mAh battery and 64GB of on-board storage as well and will come with microSD card support. The fingerprint scanner on the device is located under the camera this time, which we believe will be appreciated.

As of now, we are not sure about whether the phone will ship with Android Oreo out of the box, but going by the manual, the UI looks quite similar to what we have seen thus far on recent Samsung smartphones.

Samsung is yet to announce an official launch date and prices of the two upcoming smartphones and we can expect the phones to come to India early next year.