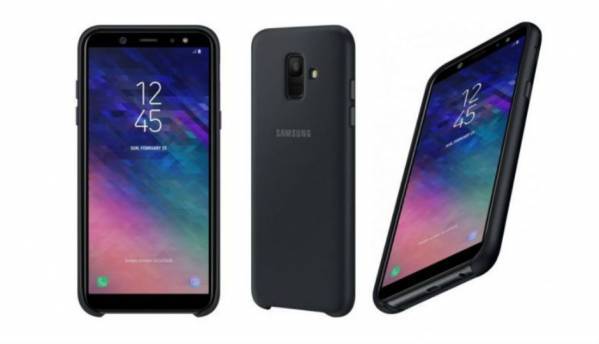 The smartphone is seen featuring an 18.5:9 Infinity Display and is demoed with a 16 MP front and rear camera. There will also be an LED on the front, whose intensity can be adjusted.

Samsung is reportedly working on the mid-range Galaxy A6 and the Galaxy A6+ smartphones, which are speculated to launch soon. Ahead of the launch, an official demo video of the Galaxy A6 has surfaced online, which is speculated to have been recorded by Samsung Vietnam. The video gives the best look yet at the smartphone, revealing its design and some of its specs. As per the video, the Galaxy A6 features the taller 18.5:9 Infinity Display and looks quite similar to the Galaxy A8 (2018). It is seen featuring a 5.6-inch Super AMOLED display with an HD+ resolution, same as previously reported, and comes with a centrally placed, single rear camera setup.

The Samsung Galaxy A6 is said to come with a 16MP sensor on both the rear and the front cameras, along with an LED flash for both. The video demoed an interesting feature which allows users to control the intensity of the front-facing LED flash. There is a fingerprint scanner on the rear, which is placed below the camera. The phone is said to come in black, blue and gold colour variants. The video was initially posted on YouTube, but is now removed. However, Twitter user, @bang_gogo_ has re-posted the video.

Other than what has been mentioned above, no more details of the Galaxy A6 were outed in the video. Specifications of the smartphone, along with its larger version were leaked in a previous report. As per that report, the Galaxy A6 sports a 5.6-inch full-HD+ display with a 2220 × 1080 resolution, while the Galaxy A6+ is tipped to feature a 6.0-inch display with FHD+ resolution, same as the Samsung Galaxy A8+ (2018). Both the devices screens might have a pixel density of around 441 PPI and as now reaffirmed, feature an 18.5:9 display aspect ratio.

In terms of hardware, the Samsung Galaxy A6 could be powered by an octa-core Exynos 7870 SoC, coupled with 3GB RAM and 32GB of onboard storage. Whereas the Galaxy A6+ might run on the Qualcomm Snapdragon 450 SoC with 4GB RAM and 32GB internal storage. The two devices were also spotted on US FCC website recently and as per the listing, the Galaxy A6+ might actually be powered by the Qualcomm Snapdragon 625 SoC. It also tips that the two smartphones could be running on Samsung Experience 9.0, based on Android Oreo.

Apart from the Galaxy A6 series smartphones, there are rumours on the web that Samsung is also working on its flagship Galaxy Note 9. Based on the ongoing rumours and reports, a new render video of the smartphone was posted online recently, along with the current market trends in terms of design. In the video, the Galaxy S9 is seen featuring a rectangular candy-bar design with rounded corners and in black, silver, blue, and gold colour variants. There is also an S-pen in matching colours and as rumours suggest, that the device might feature an in-display fingerprint scanner, the same is shown in the video.

The Samsung Galaxy Note 9 is expected to be launched around August 2018 and its specs were previously revealed in a Geekbench listing. As per the listing, the alleged Galaxy Note 9 is powered by the Qualcomm Snapdragon 845 SoC, which is also equipped in the company’s current flagship Galaxy S9 and S9+ smartphones and features a model number SM-N960U. It could come with 6GB RAM and scores 2190 and 8806 in a single-core and multi-core performance benchmarks respectively.