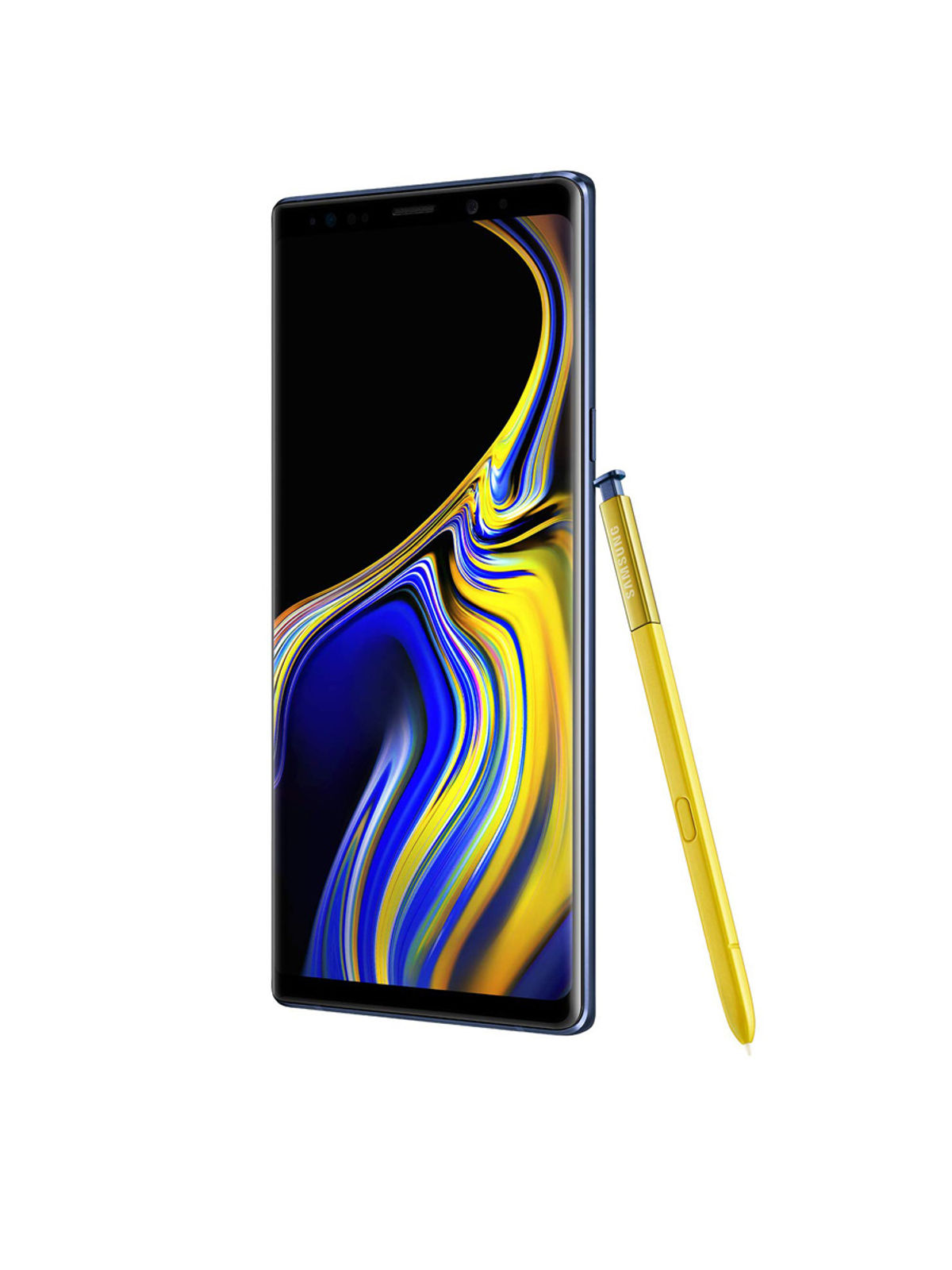 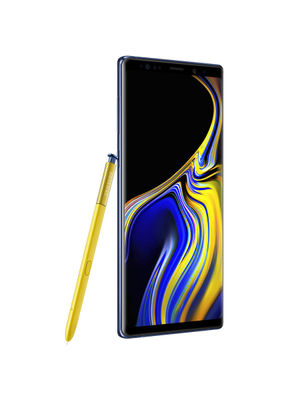 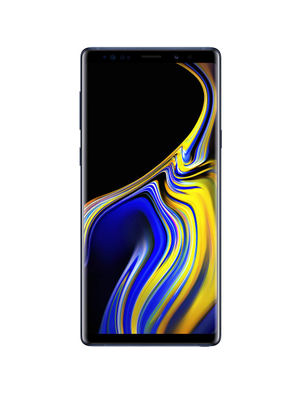 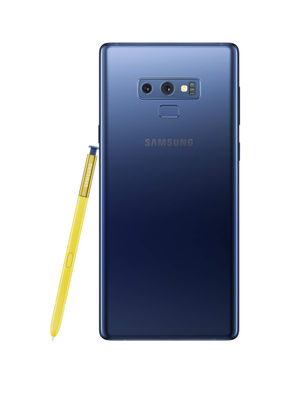 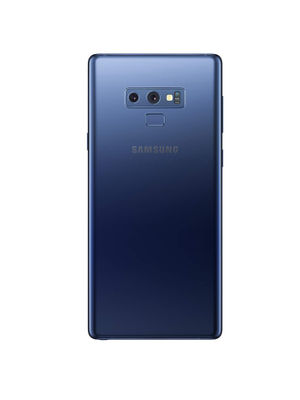 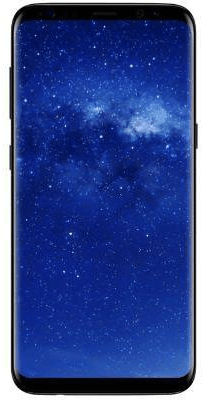 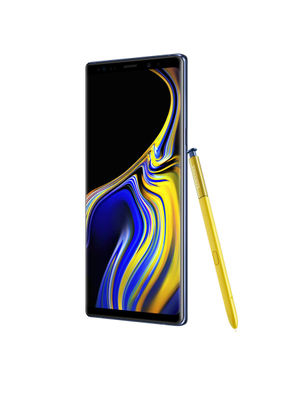 The Samsung Galaxy Note 9 feels like a Samsung Galaxy S9+ stuffed into the body of a Note 8. There is an upgraded S-Pen and a bigger battery, but these aren't enough to make the phone feel like a "new" flagship, despite being a top-notch performer. 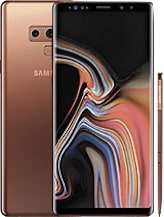 Samsung has launched the Galaxy Note 9 smartphone in India. The Samsung Galaxy Note 9 smartphone comes with similar hardware and cameras as the Galaxy S9 Plus. The main thing that sets the Galaxy Note 9 apart is the S Pen, which comes with Bluetooth connectivity. Samsung had added the Experience UI to the phone. It has a 6.4-inch screen with curved edges and comes with a 4000mAh battery that the company says could last you up to two days. It comes with support for fast and Qi wireless charging. The Note 9 is powered by an Exynos 9810 octa-core processor and boasts of a dual 12 MP + 12 MP rear camera setup. The phone has a microSD expandable phone memory up to 512 GB. Samsung Note 9 is priced at Rs 42,999 in India.

Samsung Galaxy Note 9 is succeeded by the Samsung Note10 which has been launched in 256 GB ROM / 8GB RAM storage option. The Note 10 is now available in India for Rs 69999.

The Galaxy Note 9 comes with a 6.4-inch display and weighs 201 grams. The device front and rear glass of the phone are made of glass and the frame is aluminum. Galaxy Note 9 has a Super AMOLED screen with a resolution of 1440 x 2960. It has a pixel density of 516ppi. The panel is capable of HDR-10 video playback.

The Galaxy Note 9 is IP68 dust/water resistant (up to 1.5m for 30 mins). It has sleek dimensions of 161.9 x 76.4 x 8.8 mm and weighs 201 grams. The phone is available in a number of colour options including Metallic Copper, Lavender Purple, Ocean Blue, Midnight Black, Pure White, and Alpine White.

The phone comes with a number of modes including Live Focus, Panoramas, AR Emojis, Hyperlapse video, and Super Slow-Mo video (960fps). The Live focus mode gives background blur level and skin tone adjustments. The Pro mode allows users to change the usual ISO, shutter, exposure compensation, white balance, and focus, as well as metering and AF area settings. The Samsung phone comes with a Dual Capture toggle which makes the camera grab shots from both sensors simultaneously. Apart from this, there are Food and Slow-Motion modes. The Galaxy Note 9 allows users to create an 'AR Emoji' character using a model of their face. It has an 8MP front camera that features autofocus, an f/1.7 aperture, and 1.22um pixels.

Note 9 is available in two variants, one with 128 GB of storage and 6 GB of RAM, and the second with 512 GB of storage with 8 GB of RAM. The phone is powered by a 4000mAh battery, which Samsung says will last all day. The phone comes with wireless charging and quick charging.

The phone is available in two variants, one with 128 GB + 6 GB RAM, and the second with 512 GB + 8 GB RAM. The Galaxy Note 9 has a hybrid dual-SIM design which can be used to increase storage. It is powered by Exynos 9810 chipset with an octa-core CPU. It supports Bluetooth, WiFi, GPS, 3G, 4G, and VoLTE connectivity. The phone runs on Android 8.1 OS.

The phone has a USB Type-C port that actually works at USB 3.1 speed (5Gbps). Samsung has added the ability to plug in a desktop monitor with a single USB Type-C to HDMI cable, which will essentially turn your phone into a desktop computer.

The Exynos 9810 processor supports 4K UHD video recording and playback with a frame rate up to 120fps, says Samsung.

It supports high-speed Cat 18 LTE (1.2Gbps up, 200MBps down if networks support carrier aggregation) on both SIMs. The phone comes with dual-band Wi-Fi 802.11ac and Bluetooth 5 with high-res aptX audio support.

The Exynos 9810 embeds LTE modem with category 18 with 6CA (carrier aggregation) support for downlink and 2CA for uplink. It offers a higher downlink and uplink speed of up to 1.2Gbps and 200Mbps respectively. The chipset comes with an embedded modem of 4x4 MIMO (Multiple-Input, Multiple-Output) and higher-order 256 QAM (Quadrature Amplitude Modulation) scheme, and utilises eLAA (enhanced Licensed-Assisted Access).

The Galaxy Note 9 has stereo speakers on the bottom, and the earpiece doubles up as the second. Samsung says it has used a unique water-carbon cooling system to diffuse heat while playing games or running heavy apps. The phone comes with a 3.5 mm headphone jack and has active noise cancellation with a dedicated microphone. The device has a loudspeaker with stereo speakers.

The phone has an iris scanner, which Samsung says offers more reliable biometric authentication than simple face recognition. Users can also launch Samsung's Intelligent Scan option which uses both iris and face recognition for added security. Apart from this, it has a wide array of sensors including an accelerometer, gyroscope, proximity, compass, barometer, heart rate, and SpO2.

Samsung Galaxy Note 9 In NewsView All

Xiaomi has confirmed that its Redmi Smart band Pro and Redmi Note 11s series phones will launch in India on February 9, 2022. Both of these devices have been introduced in other markets, but the...

Realme shared the details of their upcoming Realme 9 Pro series which will be introduced globally. If speculations are to be believed, Realme Pro 5G and Realme 9 Pro+ 5G will debut in February in India. ...

Micromax Informatics today unveiled the latest addition to their ‘IN mobiles’ sub-brand –IN note 2. With a focus on a pure Android OS experience, along with smooth performance, the smartphone comes with a Glass Back...

In a recent announcement by Samsung, the company confirmed that it will hold a Galaxy Unpacked event in February. Samsung will announce the new line of the Galaxy S-series, which is likely to be called the...