Samsung Galaxy A6 and A6+ with Infinity Display and Android Oreo launched: Specs, features and all you need to know

Samsung has just announced two new mid-range smartphones, the Galaxy A6 and the Galaxy A6+ that bring several many flagship features into the mid-range price segment 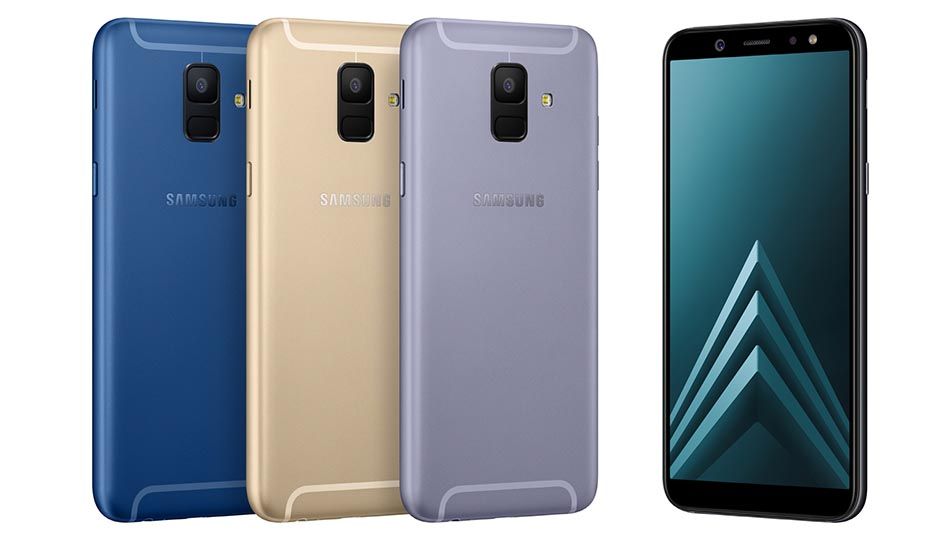 Samsung Galaxy A6 and A6+ with Infinity Display and Android Oreo launched: Specs, features and all you need to know

Samsung has just announced two new mid-range smartphones, the Samsung Galaxy A6 and the Samsung Galaxy A6+. The phones had earlier been shown off on Samsung's official website as part of a how-to video, revealing many of their design elements. Now, the company has officially unveiled the phones and we finally know everything that they have to offer. The two phones not only bring Super AMOLED displays to a much lower price bracket but also feature the new 18.5:9 aspect ratio and near bezel-less displays. The Galaxy A6 and A6+ also carry forward the Samsung Galaxy S9’s colour scheme, although it ditches the ultra-premium glass finish in favour of a metal build.

The smaller of the two phones, the Samsung Galaxy A6 comes with an HD+ display (720x1480) with the new 18.5:9 aspect ratio. Powering the Galaxy A6 is an octa-core Exynos 7870 chipset clocked at 1.6GHz and either 3GB or 4GB of RAM, depending on the variant you choose to buy. Accordingly, the smartphone will come with 32GB or 64GB of built-in storage. On the back, it has only one camera, with dual-tone flash. The resolution on the camera is 16 megapixels and the lens has an aperture of f/1.7. The front-facing camera has the same resolution, but a slightly smaller f/1.9 aperture. The smartphone is backed by a 3000mAh battery which supports fast charging. 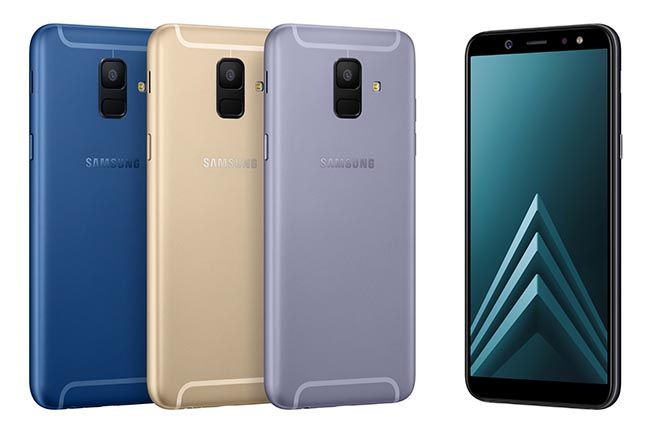 Moving onto the bigger of the two phones, The Samsung Galaxy A6+ features a 6.1-inch Super AMOLED display offering a Full HD+ resolution of 1080x2220. Interestingly, Samsung has chosen to go with the Snapdragon 450 processor for the Galaxy A6+ instead of its own Exynos chip. Just like the A6, the A6+ comes in 3GB/32GB and 4GB/64GB RAM-storage variants, but unlike the smaller phone, it offers a much better imaging experience. The two cameras on the back are not the typical dual camera setup we have seen the Galaxy flagships, as the primary camera has a 16MP sensor with f/1.7 aperture while the secondary sensor has a resolution of 5MP with a f/1.9 aperture. The front-facing camera spits out images with a 24-megapixel resolution, shot through a f/1.9 aperture. There’s also a bigger, 3500mAh battery on the Galaxy A6+. Taking some design cues from the Samsung Galaxy S9 and the S9+, the fingerprint sensor is rear-mounted just under the camera lens and the phones will be available in black, gold, blue, and lavender colours. 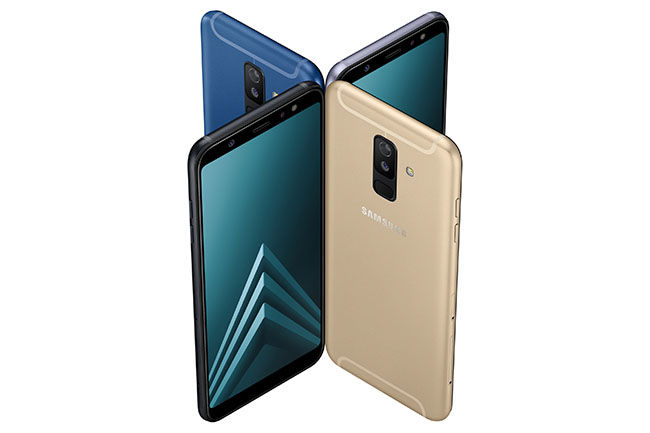 As of now, there is no word on the pricing of the devices, but Samsung has said that they should be available early May in select markets across Europe, Asia and Latin America.