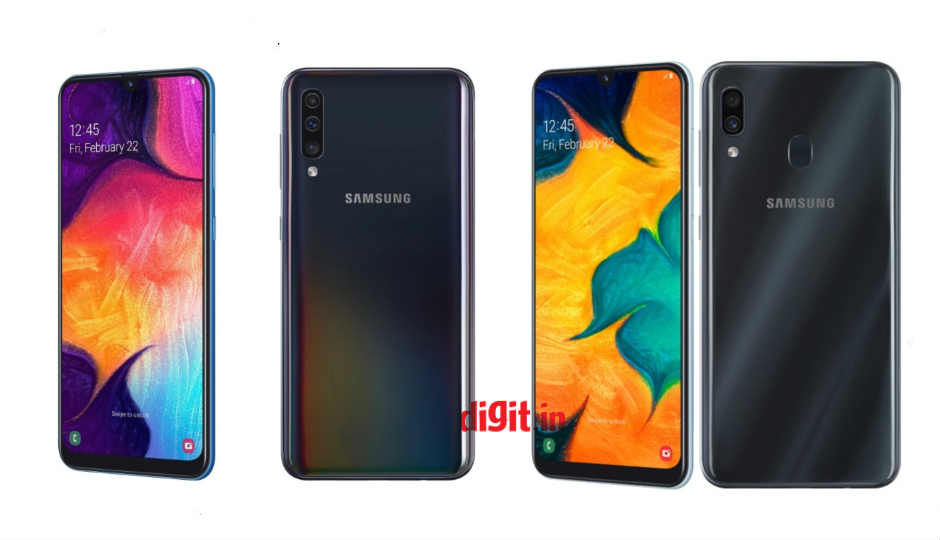 The Galaxy A30s and A50s could be the next A-series smartphones.

They could run Android 9 Pie.

After the launch of Samsung Galaxy A10s yesterday, August 13, it is evident that the Korean tech giant is looking to update the A-series smartphones with 'S’ upgrades. The Galaxy A30s and A50s appear to be next in line for the s-upgrade. The two devices have reportedly been spotted on Wi-Fi alliance.

The two models numbers that have been spotted on Wi-Fi alliance are SM-A307FN/DS and SM-A507FN/DS, which are speculated to be of the Galaxy A30s and A50s, respectively. The alleged A50s model, SM-A507FN/DS was also spotted on Geekbench and AnTuTu earlier.  It must be noted that the Galaxy A50 is barely a year old, and it is about to receive an upgrade.

All the information we get from the Wi-Fi listing is that the handset could run on Android 9 Pie and it could have dual-band Wi-Fi capabilities. The Galaxy A50s could be powered by the Exynos 9610 chipset paired with 4GB RAM just like the regular Galaxy A50. It is expected to come with improved cameras, and a larger battery. However, we don’t have any official word about the specifications yet.

In contrast, the Galaxy A30s could be powered by the 7885 chipset, paired with 3GB RAM. It is expected to come with a triple rear camera setup compared to the dual shooter found on the regular A30. Further, the Galaxy A30s feature the same the 6.4-inch Infinity-V display and 4,000 mAh battery.

The recently launched Galaxy A10s features a  6.2-inch HD+ Infinity-V with a resolution of 720 x 1520 pixels. It packs a 4,000mAh battery, 2GB RAM and 32GB of internal storage with a slot for 512GB microSD card. Further, it has a dual rear camera setup: 13MP primary shooter + 2MP depth camera. It runs on Samsung One UI based on Android 9 Pie.