Samsung Galaxy A10s has been announced, it is expected to launch in India soon. 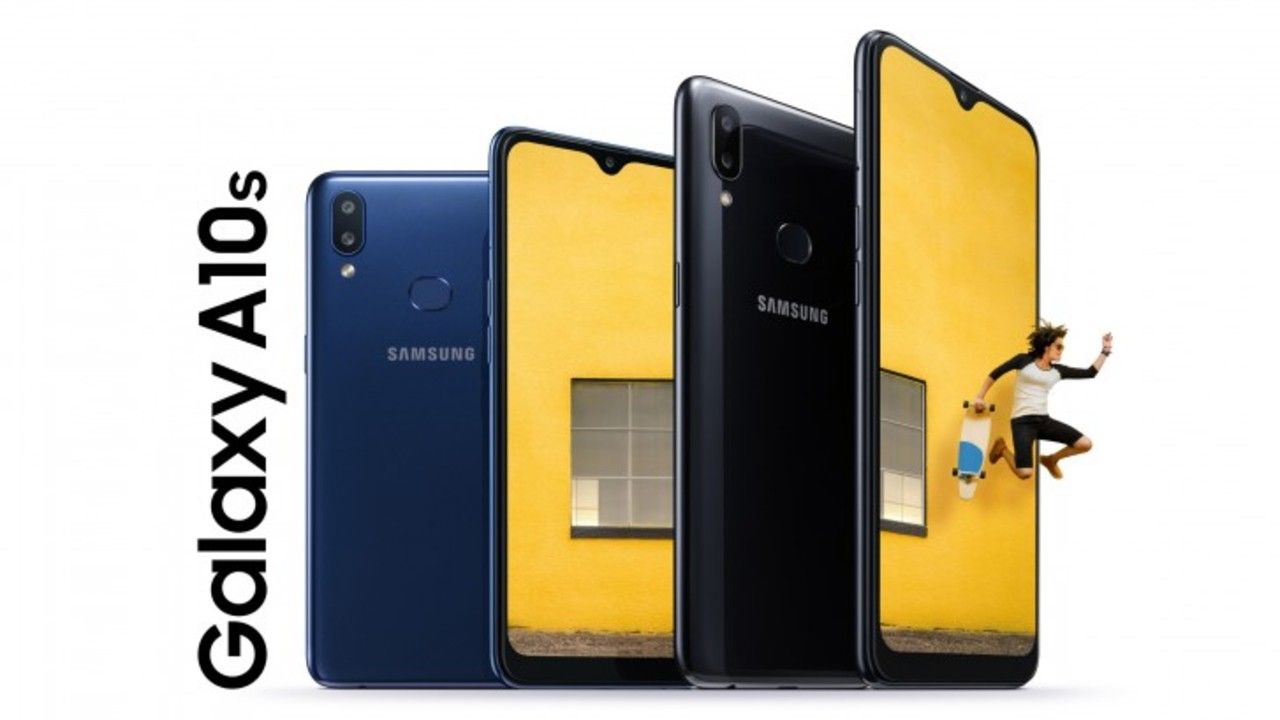 Samsung’s smartphone launching spree sees another candidate in the A-series. After several rumours, Samsung has launched the Galaxy A10s. The smartphone is based on the Galaxy A10 that was launched in February this year. The New Galaxy A10s adds dual rear cameras, a bigger battery, a fingerprint scanner, and more.

The Samsung Galaxy A10(₹ 7990 at flipkart)s is the newest member of the A-series. It features a 6.2-inch HD+ Infinity-V (a v-shaped notch) with a resolution of 720 x 1520 pixels. It is powered by an octa-core processor, “which is possibly a MediaTek Helio P22 SoC,” says SamMobile. The smartphone packs a 4,000mAh battery, which is significantly bigger than the 3,400mAh battery found on the Galaxy A10. The new smartphone has 2GB RAM and 32GB of internal storage. Moreover, the storage capacity is expandable up to 512GB via a dedicated MicroSD slot.

On the camera front, the Galaxy A10s sports a dual rear camera setup: a 13MP primary shooter  with f/1.8 aperture + a 2MP depth camera. The front camera has also been upgraded to an 8MP sensor. Moreover, the Galaxy A10s also has a fingerprint sensor, which was missing on the Galaxy A10. The smartphone comes with Android 9 Pie onboard, with the usual Samsung One UI on top.

The smartphone is expected to come in a few colours: red, blue, green and black. Samsung is, however, yet to confirm the price and availability details of the phone,  but it should be available in India soon. However, according to previous reports, The Galaxy A10s could be priced at Rs 8,990.

Samsung recently launched its Galaxy A80 smartphone in India.  The Galaxy A80 features a 6.7-inch Full HD+ Super AMOLED 'New Infinity Display' with a 20:1 aspect ratio. It runs on the Qualcomm Snapdragon 730G chipset, which is paired with 8GB RAM and 128GB of internal storage. It runs on the One UI based on Android 9 Pie and is backed by a 3700mAh battery that supports 25W fast charging. Also, it has a 48MP primary sensor.