Samsung Galaxy A10s could be priced at Rs 8,990 in India: Report 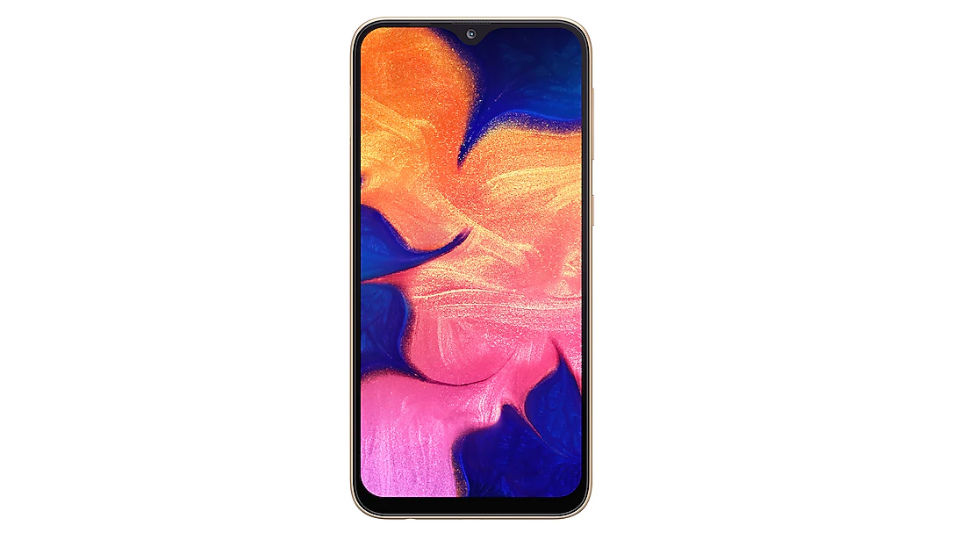 The Samsung Galaxy A10s is said to be a slightly more powerful variant of the Galaxy A10.

The handset could come equipped with a bigger battery and dual rear cameras.

Samsung has been on a smartphone launching spree this year with multiple new A-series and M-series handsets. While the Galaxy A80 with an almost bezel-less display and rotating camera setup is the latest addition to the company’s A-series of handsets, ongoing rumours suggest that a more affordable Galaxy A10s is also in the works. The Samsung Galaxy A10s is reported to be a slightly more powerful variant of the existing Galaxy A10 with the MediaTek Helio P22 processor and 2GB RAM. Now, SamMobile reports that the upcoming Galaxy A10s could be launched in India next week with a price tag of Rs 8,990.

If this report is to be believed, the Samsung Galaxy A10s could cost Rs 500 more than the Galaxy A10. For a slightly bumped-up price, the handset is said to offer a 4000mAh battery, which is bigger than the 3400mAh battery on the Galaxy A10. In addition, the Galaxy A10s could come equipped with a dual rear camera setup instead of just one sensor and a fingerprint sensor on the back. While the reported specs of the handset are in line with previous rumours, we suggest you take it with a pinch of salt as it is not from the company itself.

The Samsung Galaxy A10s was also recently spotted on the Android Enterprise website where some of its other unknown specs were found. As per the listing, the smartphone will feature a 6.2-inch display and launch running Android 9 Pie. The handset was also spotted on the Wi-Fi Alliance and Bluetooth SIG websites. The appearance of ṭhe handset on all the aforementioned websites hints at nearing launch date.

As mentioned earlier, Samsung recently launched its Galaxy A80 smartphone in India. It is up for pre-booking on Flipkart and Samsung’s official website. The Galaxy A80 comes equipped with a 6.7-inches Full HD+ Super AMOLED 'New Infinity Display' with a 20:1 aspect ratio. It runs on the Qualcomm Snapdragon 730G chipset, which is paired with 8GB RAM and 128GB of internal storage. It runs on One UI based on Android 9 Pie and is backed by a 3700mAh battery that supports 25W fast charging.

In terms of optics, the Galaxy A80 sports a rotating camera module that consists of a 48MP primary sensor, an 8MP secondary sensor with an ultra wide-angle lens, and 3D depth camera sitting alongside an IR sensor.