Samsung Galaxy A Star spotted on Bluetooth certification site, could launch globally as Galaxy A8 Star

The smartphone was previously spotted on TENAA and was considered to be an exclusive smartphone for Chinese consumers. However, the Bluetooth SIG certification leads to believe that it could also be launched globally but as an update to the Galaxy A8 Plus. 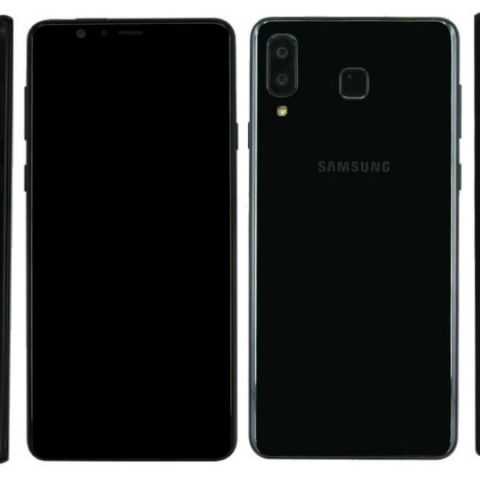 Samsung could soon launch a new smartphone named the Galaxy A Star. The device was previously rumoured to be launched only in China but it has been spotted on the Bluetooth SIG certification website, which hints that it could be launched internationally as well. As per a SamMobile report, the handset will be launched globally under the Samsung Galaxy A8 Star moniker and will be an update to the upper mid-range Galaxy A8 Plus 2018, which was launched in India earlier this year. No specs of the device have been leaked from the Bluetooth certification listing but as per the ongoing rumours, it sports a model number SM-G885 and comes with Bluetooth 5.0.

The smartphone is speculated to feature a 6.3-inch FHD+ Infinity Display and come with a 16MP + 24MP dual-rear camera setup. It could be powered by the Exynos 7885 or Snapdragon 660 SoC, coupled with 4GB or 6GB RAM and 64GB of internal storage. The smartphone might pack a 3700mAh battery and will likely be launched running on Android Oreo. The recently spotted TENAA listing and the Bluetooth SIG certification tips at the nearing launch of the device.

As mentioned earlier, the new Samsung Galaxy A8 Star is speculated to be launched as a successor or upgrade to the Galaxy A8 Plus (review). The Galaxy A8 Plus was launched in January in India priced at Rs 32,999. It features a dual front-facing camera with a 6-inch Super AMOLED Infinity display with a resolution of 2220 x 1080p. The smartphone is powered by the company’s Exynos 7885 octa-core SoC with 6GB RAM and 64GB expandable storage. It features a 16MP+8MP dual front camera setup and comes with a single 16MP rear camera with a f/1.7 aperture lens.

In terms of connectivity, the handset sports a USB Type-C port with fast charging support along with Bluetooth 5.0 (LE), Wi-Fi, GPS, and NFC. It is powered by a 3500mAh battery and is IP68 water and dust-resistant.