Samsung Android devices will be shipped with Microsoft productivity apps

Samsung will now pre-install Microsoft applications and services to its Android hardware. 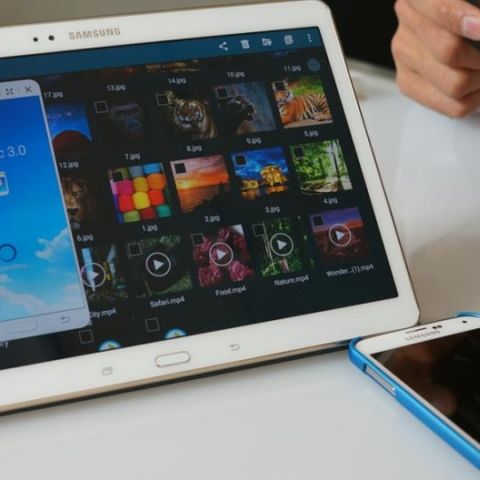 Microsoft has expanded its partnerships with Samsung and other mobile manufacturers to pre-install its services and apps like Word and Skype on Android powered devices.

Samsung had announced at the Mobile World Congress, that its flagship Samsung Galaxy S6 and S6 Edge will now come pre-installed with Skype, OneNote and OneDrive. The smartphones will also come with 100 GB of additional free cloud storage for two years through Microsoft OneDrive. The Korean giant is also planning to pre-install Microsoft Word, OneNote, OneDrive, Excel, PowerPoint and Skype on select Samsung Android tablets in the first half of 2015.

Apart from Samsung, Microsoft has also partnered with US based Dell and 9 other OEM's in Russia, Pakistan and Germany so their Android devices will also have the similar Microsoft Office offerings as Samsung. The move is part of Microsoft's effort to disrupt rival Google’s dominance of the productivity market on Android, since its Google Drive, Docs and Sheets are added to every Android phone and tablet.

“Great things happen when you converge services and devices,” said Peggy Johnson, executive vice president of business development, Microsoft. “Our partnership with Samsung is emblematic of our efforts to bring the best of Microsoft’s productivity services to everyone, on every device, so people can be productive wherever, however and whenever they want.”

Microsoft and Samsung recently announced that their dispute over Android royalty payments is now over. According to a press release, Samsung's contract with Microsoft will continue but its payment details have been kept under wraps. However the end of previous disputes will mean, Samsung may start manufacturing low cost Windows phones again.