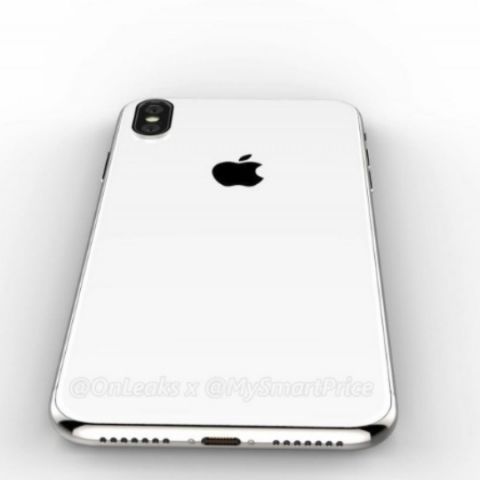 The leaked renders show near-exact design as the present iPhone X, bearing a 6.5-inch OLED display with a notch at the top.

Apple is expected to launch multiple iPhones this year, slated for launch at its usual hardware event some time in September. Now, we have press renders of the flagship variant of the iPhone X's successor (iPhone XS?), courtesy of OnLeaks. In the leaked renders, the new iPhone appears to have a near-identical design as the present generation iPhone X. The vertically-stacked dual-sensor rear camera has a slight bulge, and is placed similarly as the present iPhone X. However, the new iPhone is expected to come with a larger display, bearing a 6.5-inch OLED display panel over the present generation's 5.8-inch one. 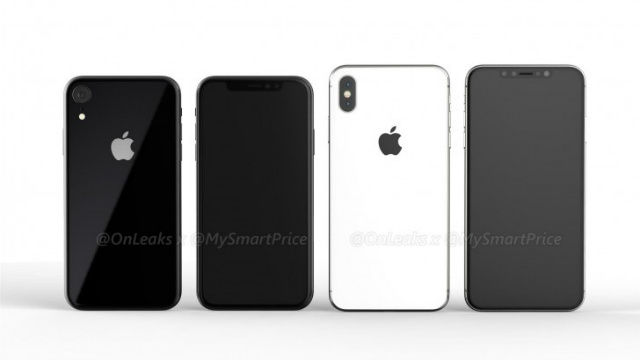 The notch above the display panel, now almost iconic in every phone thanks to the iPhone X, is expected to remain the same in terms of both form and function. It should be housing the front-facing camera, all the face recognition razmatazz and the range of sensors, apart from which the entire front face of the iPhone should be near-bezelless. TouchID, Apple's long-standing fingerprint-based biometric security on iPhones appears to be missing here too, and FaceID is the way forward. In terms of dimensions as seen in the renders, the 6.5-inch iPhone is expected to be 7.7mm thick, 157.5mm tall and 77.4mm tall. That, though, is all that we have to go on, for now.

The new iPhones, as always, should be powered by a custom A12 SoC, following up on the present generation A11 Bionic chipset. A few rumours have also pointed at a three-camera setup at the rear, but the renders leaked so far do not seem to reveal any such element. This flagship variant with the 6.5-inch display may be called the 'iPhone X Plus' by Apple, and premiere at $1,000. Apple is also expected to standardise the iPhone X design this year, with a smaller, 'budget iPhone X' also reportedly in the cards. A successor to Apple's iPhone SE is also expected, but may bear the age-old iPhone 5 design instead of being a tiny, compact iPhone X. While many may find that disappointing, it will allow Apple to diversify its iPhone lineup, particularly for its nascent markets.