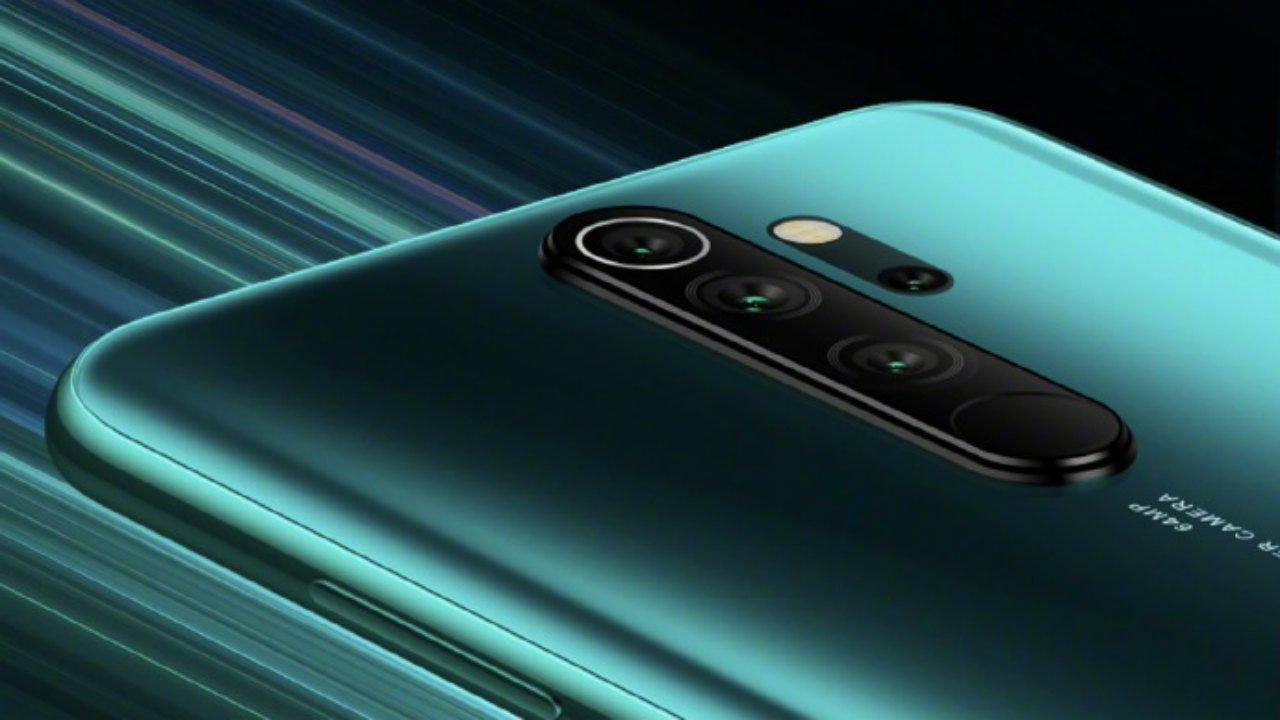 Redmi has already confirmed that it is working on a new smartphone with a 64MP sensor and it recently shared a production video of the device as well. Now, the company has confirmed that its upcoming Redmi Note 8 Pro smartphone will come equipped with a 64MP camera sensor, which will be launched on August 29. The confirmation comes via Redmi’s Weibo page where the company posted an image revealing the information. In addition to this confirmation, a new promo video of the alleged Redmi Note 8 has also leaked online, which suggests that the handset could feature NFC capabilities.

While Redmi has confirmed that its Redmi Note 8 Pro will come equipped with a 64MP sensor, there’s no info on whether the same sensor will be present on the standard Redmi Note 8. The upcoming phone will also feature a fingerprint sensor on the back and not get an in-display fingerprint sensor, which means it is most likely a mid-range device. The image shared by Redmi also gives a look at the phone’s rear panel that features four cameras. Three cameras are vertically aligned together in a module, while another sensor sits on the right with an LED flash. 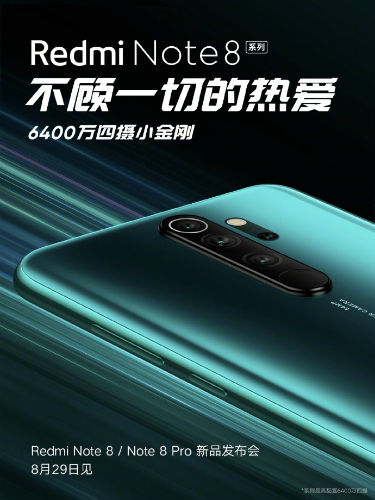 NFC or Near Field Communications is not a high-end feature but Xiaomi tends to skip it for most of its devices. It seems like the phone maker is planning to bring the connectivity option back with the Redmi Note 8 series. A leaked promo video of the handset suggests that the Redmi Note 8 could come with NFC capabilities, which makes sense since, alongside QR code, AliPay and Apple Pay require the option to facilitate payments. However, the promo video doesn’t confirm whether both the phones in Redmi Note 8 series will get the option or will it be reserved for the more powerful sibling.

Redmi is yet to completely reveal the design and features of its upcoming Redmi Note 8 series. However, we have come across multiple reports that almost give away everything there is to know about the upcoming phones. Just recently, a new image of the handset leaked online, which gives us our best look yet at the alleged Redmi Note 8 Pro. It seems like the image was leaked from a TV commercial that could be aired after the device goes official in China.